A Few Thoughts on Aging and Paganism 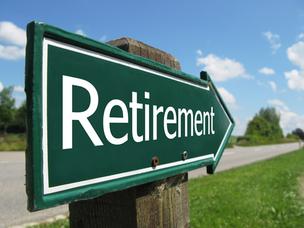 Lately, I  have been thinking of what happens when we age. I watch my mother, her gait slowed by arthritis and the effects of a life ravaged by urban living and the urgency of our modern times. She is Christian. She can find any place she wishes in a variety of Christian denominations, should she wish to enjoy assisted living or even a nursing home in a Christian-positive religious setting.  Yet, when my time comes, as I know it will, where will I go? As a witch, as a pagan, as a lesbian, there are few places for me. For a witch of color, there are even fewer places.

I have observed the vagaries of aging in our society through the lens of assisted living and nursing home practices during the past ten years. I have watched how those who manage and interact with the aged on a day to day basis treat those who age. The administrative detritus that swamps the nurses, aides and staff build on a daily, monthly and yearly basis to the point where the aged are no longer individuals, valued for their wisdom, but bodies, numbers and problems.

Privacy and rights that many of the able-bodied and young take for granted erode during the process of a slow decline in the present state of assisted living and nursing home facilities. For each vibrant ninety year old who lives at home, drives his or her on car and amazes the world through the maintenance of an ordinary life, there are dozens of aged who are simply marking time in a listless, institutionalized existence.

As Pagans, we embrace free will and  the freedom to do as we please. We enjoy festivals, gatherings, rituals and the beauty of honoring nature, Earth and the Gods who exist around and among us.  We have made great strides in coming out of the closet as individual religious traditions under the common umbrella known as Paganism.  Soldiers’ tombstones can now be marked with a pentacle. Clergy are more frequently granted access to Pagans of all religious traditions in hospitals and in prisons.  It is not perfect;however, it is progress.

Yet when one looks around at Pagan gatherings and festivals, there is a segment that is greying. Current crones and elders in their fifties and sixties soon shall become the blessed guides of wisdom in their seventies, eighties, nineties and beyond.  The gods grant us time to learn, to enjoy and to embrace the world around us and each other. We speak of personal responsibility to ourselves and to the the larger community of Pagans. If we truly wish to continue and to prosper, even as those of the first and second generations raise third, fourth and fifth generations, then we need to honor a placed for the aged among us, as we do the young.

We are saddened when a crone or an elder passes. I have observed recent obituaries in our local PNC. None of the elders was over 65 or 70. As I care for my own mother, who has passed that age, and my nonagenarian grandmother, I think of what can be done now, so that those whose mundane lives will be dependent on non-Pagans will have a home to embrace and enjoy as Pagans.

We are many and widespread throughout the world.  Perhaps there might not be a senior building, but perhaps a series of homes, places there are wheelchairs and eldercare friendly. These spaces would have wide doorways, lower countertops and shelving units, and companions  who share earth-based and nature based values. Companions can be paid and volunteer. They can live onsite or off. Ritual would be a common occurrence, bi-monthly or more as moons and sabbats allow.  Eldercare friendly ritual materials would be a common sight. Unlike the current system of care for the aged, where activities are subtly or openly monotheistic and primarily Christian or Jewish based, a new system based on the variety of religious traditions would be permitted.  Given the nature of some in the Pagan community who are also LGBTQIA, there would be room for those who affiliate with both groups.

Will there be costs and questions of how to finance such an an undertaking, as well as where to locate it? Absolutely.  I used to teach a course called “Voices on Aging”.  One of the final projects that I would give to students was the challenge to design a greenhouse, an intentional living community for the aged.  Only one student ever included an actual greenhouse for plants because she farmed. Her idea of an intentional community included giving back to the larger community with a food bank consisting of fresh, greenhouse-grown vegetables.

In a model greenhouse, crones and elders are not tagged or institutionalized, but thriving in an emotionally, physically, mentally and spiritually nurturing environment. Such communities can include care centers, hospitals and joint community centers to encourage interaction. The benefit of the greenhouse approach opposed to current standards is the emphasis on avoiding isolationism and the encouragement of freedom for those who live there. This would not be a place, similar to one Midwestern home my student described, where you could look out back window of the assisted living facility and see the cemetery where you would eventually be buried and the nursing home where you might stop along the way.

This is a place that considers the economic reality and the rights of those who only have social security as being equal to the rights of those who have several hundred thousand set aside for retirement. In each case, students were required to figure out how such facilities could be reasonably financed.  For some partnerships with local and state governments in addition to plans that start 10 to 30 years before a resident expects to enter are solutions. For the more able-bodied, bartering services, time and resources to support the cost are options.  For some greenhouses, private pay with a small circle on private land was the key.  There is more than one method and more than one location.

I live in a cold weather state, blessed by winter four to five months during most years. I was not surprised at the range of student suggestions for greenhouse communities set anywhere south of I-10, in the desert, or close to vibrant locations that cater to retirees, such as Ithaca, NY. Other potential locations could be close to educational communities, good quality and inexpensive medical facilities and a plethora of family.

Each time I leave my adopted home and return to the temperate climes of the mid-Atlantic region, I think of these things. My nonagenarian grandmother has her sights set on the century mark, in a monotheistic facility. I hope that in the coming years, each of us will find a place where we can freely and openly commune and identify as Pagan.

This was just to get the ball rolling.

Clio Ajana is a high priestess at Our Lady of Celestial Fire, EOCTO in Minnesota.  She is deeply passionate about numerology, astrology, and writing as a spiritual practice. A writer for Daughters of Eve, her current projects include how race, homophobia and religious non-acceptance intersect and how Paganism can address the needs of aging Pagans or non-Pagan relatives. 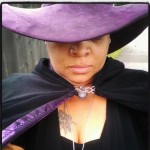 April 10, 2013
200 Words: Reflections From A Multicultural Wiccan Priestess
Next Post 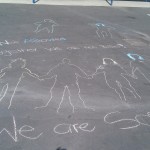 April 30, 2013 Sensitivity and Awareness; Respecting What You Don't Know
Recent Comments
0 | Leave a Comment
Browse Our Archives
Related posts from Daughters of Eve