The Magic of Maya Angelou; The Lost Voice of the People (#30DayRBHC) 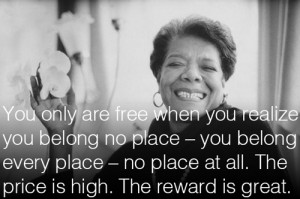 Her voice was a deep, soulful voice of husky quality. Her presence reverberated into the space of the world, creating a energy that held wisdom in it’s vibration. She was powerful in her womanhood, bringing her culture, her past, and her history as a vehicle for change. Words were her weapons, bullets of love shot from a her heart and directed at her people… all of her people.

They called her the “people’s poet” because she wrote messages for, and about, the people. She was not easily described by words, but held something so valuable in the cadence of her speech that she could stop moments of oppression with just a tone….. with just a word.

She was magic. Maya was and is magic; she is the best kind of magic. She was the kind of magic that wrapped her intent into a rhythm that spoke to the heart, singing a song of love that always promoted reflection. She stood in her black skin, and whispered words that motivated and encouraged millions. She was a change agent, skilled in the art of the tongue, speaking the language of the Gods without pause.

I can hear her voice in my head; it is one of the voices that reminds me of my own power. It is with the voice of the ancestors that I claim my place in the world, a place that is often hard to find and yet lives within my own spirit. The angelic voice of Maya Angelou was not the typical one of whimsical rhyme, instead it was the mystical voice of the ancestral lineage that came out of her full and lively lips. The deep tone of her voice matched her chocolate skin, and carried the strengths of the million of the ancestor’s voices before her. She was gifted with the ability to call to her people through space and time, through distance and oppression. Maya Angelou manifested love around the world, and left a better world upon her departure than it was when she found it.

So tonight I find myself so very grateful for her influence on the many generations of humanity that she touched and thereby changed the trajectory of my life. It is through these moments of human exchange and love that we find ourselves, and we find each other.

The world has suffered a big loss today, but gained something so great over the 86 years of her life. And so I speak to the skies: 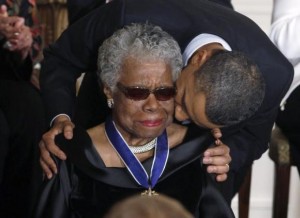 A voice that reverberated the love of the Gods made whole.

Stories carried by your tongue of the ancestors untold.

Giving rise to the message of a people, of a nation,

Loving our potential and challenging the complacent.

In a world of pain, you chose to spread your light,

Beyond our vision, you manifested words that brought sight.

For generations you held a picture of a future unseen,

Where love was the law, and we would do as we mean.

To be a village and manifest the world we want to see,

Breathing the wisdom of the past to create the power to just BE.

Thank you Ms. Angelou for your vision and hope……..

Tonight you shall rest, but we shall not,

Some battles have been won, but some have still to be fought.

Your work will continue in the humanity you have inspired,

Bringing light to the world as you now must retire. 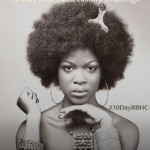 The Best Way To Learn Magic Is To...
An Instagram post insisted that “you need tons of training from established...
view all Pagan blogs
What Are Your Thoughts?leave a comment
Copyright 2008-2020, Patheos. All rights reserved.