The Dance of Power: navigating privilege and marginalization.

Being a Black Wiccan Woman navigating mostly White spaces has fostered interesting experiences in privilege and power. Those terms are not easily understood even when you are facing multiple oppressions or have taken many diversity classes. In my experience, diversity trainings rarely prepare anyone for the real world of privilege, relative privilege and intersectionality. People who can afford the time and/or money for trainings are usually operating in similar spheres of class and education. Diversity circles easily become a challenge of who can prove they are the most disadvantaged or use the biggest social justice words. As a result, these experiences never taught me how to utilize and deal with my own power. Then, I became a shelter worker and I was quickly hit with complexities of privilege, power and authority.

On one hand, here I am, a Black woman in a White organization with mostly White clients. On the other hand, I have privilege because I have a home and I have power as a staff member. Just the fact that I am staff puts me in a place of authority. I hate being an authority figure. Wearing the hat of authority has always been a struggle for me, but this issue became most clear when I was doing my chaplaincy training.

Going into my chaplaincy internship, my theological view on authority was that everyone had their own internal power and could be their own authority on life and spirituality. I saw myself as a guide to assist people in finding their own wisdom. I was a student of feminist Wicca with its belief that spiritual authority was inherent in all. We don’t need any male priests talking to God for us, right?! I was trained in client defined advocacy where the client knows the right path for themselves if we only sit and listen to them. But, the rub, I would find out, is sometimes some people are too tired, too overwhelmed or too sick to be powerful. Sometimes, shockingly, people want and need you to be an authority figure. There are times, when a person needs a Chaplain to lead instead of show. I hated being in authority but sometimes I simply had to be.

Now, I am no longer doing chaplaincy, but I have faced the same struggles and more as a shelter worker. I struggle with finding healthy uses of power and authority. I fight against being an adult babysitter because I do not want to belittle or control others. I hate feeling like I have control over whether or not someone has a safe place to sleep the night. Yet, sometimes I have to ask people to leave for the safety of the rest. It a constant dance of remembering my privilege and not abusing that power.
While, sometimes I can avoid the authority role, there are other times where hiding from it is counterproductive. If I ignore someone being abusive, then I am culpable in creating an un-safe shelter for other residents who might be more vulnerable. If I do not speak up then I fail to support the clients who feel voiceless.I also have to stay aware, that being staff does not erase my marginalization.

I am still a Black woman in a White world, dealing with racism, sexism and microaggressions from White clients. I have lost count of the times I have been told I am racist against white people, or been targeted because I am Black woman. I doubt that any of these accusations and issues will ever get me fired. However, it probably fuels the stereotypes that my employers have that I am unapproachable and cold. No one calls me the angry mean strong Black woman but I feel it in the air.

While, I am aware that the homeless have higher consequences for their behavior than people with class privilege, I learned a long time ago that I am not going to be the savior of overtly racist people. There is no point in justifying cruelty, abuse and racism with false compassion. It is a sad truth, that most of us, regardless of station in life, will find the ways we have privilege and try to use that power against others. For some clients that means targeting the only Black staff to get their needs or their anger answered.Then there are the White people who simply cannot accept a Black woman as an authority figure. It gets under their skin and they have to lash out. For those people, my attempts to be not authoritative do not matter. When I am seen as having any power, I am seen as a threat. The truth is in the real world, there are no easy answers to working with privilege and oppression. Sometimes, you even reach a dead end.

With that said, I think I have an opportunity now to learn how to work with power, privilege and oppression in healthy and complex ways. Often, I want to ignore these challenges. I wish I could escape from dealing with issues of racism, sexism and poverty at work. But, if I stay silent, where does that leave the Brown and Black clients who have even less power to be heard? How do I support them without aiding in my own othering and tokenization? How do I own authority without abusing power? I definitely have not found the perfect answers. But I have realized I cannot run from these challenges, I have to keep questioning, struggling, fighting and dancing with the complexities of power. If I do, maybe I will grow personally. Most importantly, these lessons might help me do more good than harm in this world. 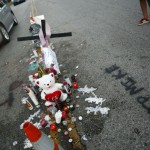 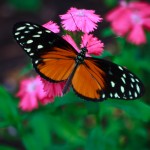 September 19, 2014 Summer of Change: A Journey to Spiritual Self Care
Recent Comments
1 Comment | Leave a Comment
"LOVE this!!! I've been feeling the same way - curious about Hoodoo and it's roots ..."
DMDaniels Conjuring a Path: Embracing African-American Folk ..."
"I would think that spring tends to speed things up , and their is so ..."
Alma Mercer Missing in Internet Action
"A great story, thanks!To add some stuff: for a lot of people in the West ..."
Kirran Magic Out of the Land of ..."
"Peace and blessings to you my sister."
Toya Missing in Internet Action
Browse Our Archives
Follow Us!