Beltane is here and I have been struggling to find a sense of excitement for the season for weeks now. My lack of connection is not because I am distant from my beliefs, and I am very aware that it is usually one of my two favorite sabbats of the year, but I am finding that I have been feeling disconnected from the idea of celebration in such a time of societal pain. The blooming flowers and the increasing days of sunlight have not translated to the beauty and hope that is usually felt at this time of year. The contrast of images of death on the news and the pain in my heart have made it hard to become enmeshed with the idea of birth, celebration and light. Things have been feeling so dark.

Growth is a part of a very important cycle that we celebrate. We come through the changes of the year and celebrate the transitions that happens within every element of life. I once found this to be enough in my practice, going from one turn of the wheel to the next. I felt connected to the stories of the God and the Goddess through the year, from birth, to growth, to love, to death. There was something very beautiful in the cycles of life that was comforting, the knowing that we return and that life has purpose.

I still believe that life has purpose and I still celebrate the cycles of the wheel as it transitions every 45 days, but my spiritual core has shifted. I am no longer content with the story as I use to be, the world around me doesn’t match the simplicity of the theology.

Listen, I am not saying that this theology is inaccurate. I am just saying it is no longer enough for me, it does not serve me in the same way that it use to because I am walking through the trauma of the society that I breathe with.

The most recent string of deaths of unarmed Black citizens killed by law enforcement have been very retraumatizing. I am finding myself at a loss as to how I celebrate around the Maypole this year while there is so much pain and unaddressed need within our society. So many people are hurt right now, and this kind of pain is often ignored within the minority communities that experience it. These types of community injuries become the kinds of open wounds that people wish not to see. They are too painful; They are too scary.

Which takes me right back to where I began. I have been struggling with the idea that our theology is so separate from the realities of my world as a Black woman in America, one that almost appeases the cognitive dissonance of our collective communities. I don’t want to disconnect from my reality in order to dance around the Maypole and celebrate the impregnating of the Goddess while Black people are killed in the streets by law enforcement without due process. I feel compelled not to engage in a spiritual reality that is devoid of my Black experience. I need to feel a connection with my spiritual path because it recognizes the struggle.

I have been speaking with one of my best friends about the role of Witchcraft in our society, that there has always been a place where Witchcraft is aligned with a struggle for freedom. This feels right to me, the idea that Witchcraft is a tool to be used in the fight for the marginalized and for those who need the resources to thrive; That it is one of the great equalizers in our often unjust society.

And just as I felt stuck in this conflicted dilemma and contemplating how all of that comes together, something happened. I realized I was living within one of the largest uprisings of the last 50 years. A movement, led by Black people and other people of color, had been gaining momentum and support from many in society. Allies supporting from all walks of life to stand up for something that we have never really seen in this country, an acknowledgement of the new racial justice needs infiltrating media, the internet, and the streets. I was watching and participating in the growing birth of hope for true equity within our country.

Today, on Beltane, charges were filed against the 6 officers that participated in the beating death of Freddie Grey from Baltimore. They severed his spine and crushed his larynx but today he was given back a little bit of his voice. A voice that is birthing another opportunity to demand justice for the many unarmed Black people killed by law enforcement, and for those that will fall into the same fate.

Today justice became the seed within the Goddess’s belly. Today I watched the middle school students at my job cheer as the protesters marched past our school yard, passing out stickers that the kids wore with pride for the rest of the day. The stickers asked that the police stop killing our Black skinfolk. The kids were invigorated by the march, you would have thought that they were watching a much anticipated annual parade.

A sixth grader walked up to me and said, “what are they marching for?” And before I could come up with an answer he said, “well… I guess there is so much to protest right now. I am glad they are out there”. And then he walked away.

Another kid came up to me after school and told me about how she marched with the group since she was suspended. She said, “At least I did something that mattered today instead of just sitting at home. And they even had me hold a sign and answer some questions!! I felt important!”

I walked away knowing I just witnessed some of the most important Beltane magic I have ever seen. There was no maypole, no sage, no candles, and no stories the turning wheel. Instead, this Beltane, there was a huge crowd of protestors, signs of solidarity for the #BalitmoreUprising, music, children cheering, police officers charged and righteous rebellion in the streets all over the nation. Children finding importance in the mission of change is an incredible glimpse of hope that implant seeds of worth in the Black and brown children watching. Marchers showing solidarity with communities of the most marginalized people felt like the most invigorating ritual I had ever witnessed.

I know that this time is an opportunity to impregnate the world with a growing need for justice and for a world where love is really the law. I don’t want to pretend anymore; I don’t want to be stuck in a story that ignores the real lives of those who will then leave the circle and go back to communities in pain.

Beltane 2015 is about growing justice and true solidarity, where love is really the law. Now that is a theology that feels exactly right. 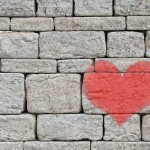 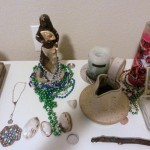 May 10, 2015 Far From Traditional but Still a Wiccan
Recent Comments
0 | Leave a Comment
Browse Our Archives
get the latest from
Pagan
Sign up for our newsletter
POPULAR AT PATHEOS Pagan
1

The 20 Best Books On The...
For Puck’s Sake
Related posts from Daughters of Eve