There are always conversations that get me to thinking about the role Wicca has played in my life, how it has helped me to grow in several different areas and really shaped much of who I am today.

There are always going to be differences on what Wicca is and what it is not, and yet I know exactly what it has been for me; that goes back to the beginning of this story. When I came to the path in 2002 I started reading books and doing internet research to find out whether or not this “Wicca” thing was something for me. After about 6 months of researching on my own I started looking for a coven. I joined my first coven in 2003 and started officially studying with someone other than myself.

I stayed in that coven for a little over a year, obtaining my first degree, but leaving because of the abusive nature of the leader. Due to my own traumatic experiences, I decided I was not going to train with someone else and instead spent some time going through the first and second degree at Witchschool. It fit my needs at the time and I found myself having to process the trauma of unhealthy coven life and abusive leaders, until I was ready to consider something else. I studied a little with Celtic Faery Faith and then transitioned to a teacher that would end up sticking with me for a long time. I started studying under Dragonstone Family Coven, within the Family Wiccan Tradition International (FWTI). I learned several really important things during this 4+ year time of studying within this tradition, I learned my craft and I also got a chance to cultivate a spiritual tradition within my family that became very valuable. Not only did this family tradition within my own family become valuable, it solidified a very important stream of spirituality that became very important through some of the most tragic experiences of my life. (The phoenix)

All of that was pretty traditional Wiccan training. A lot of reading, a lot of research, a lot of practice, a lot of talking to my High Priestess, and all the regular stuff we think of leading up to initiation for the 3rd degree. I remember thinking I could have gotten a college degree with all the time and study I spent on getting to that point.

It was within my third degree study year that things started to change for me. I had been working with what might be considered more acceptable Wiccan traditional deities and spending a lot of time with Cerridwen specifically, or so I thought. I have talked about this a lot in workshops and in some of my writing…… I became quite surprised when it became clear that it was not Cerridwen at all. A series of events led up to the ultimate reveal that Yemaya was who had actually claimed me, and was waiting for me to be ready so she could break that news.

Not only did this shock the crap out of me, it also extended my 3rd degree study year because I had to go back to the drawing board in many ways. Who was Yemaya and why had she chosen me? I needed to find those answers.

I remember at initiation she clearly told me a message that would change my spiritual path dramatically. She said to me, “you will be my eyes and you will be my mouth”. I remember not knowing what the hell she meant but saying “ok”; she later made that clear.

Fast forward to what has happened post initiation. Here I was initiated into a pretty traditional Wiccan tradition, with an eclectic bend, and an African Goddess speaking in my ear. Every circle I went to, or within the coven I belonged to for years at this point, worked with Gods of the Celtic and Greek pantheons, and I was chilling with a African woman on my head. I was, and am, very grateful that Yemaya always allowed me to continue to work with other deities, not stopping me from whatever way I wanted to practice at the time.

Fast forward to 2010 when my mother tragically died by fire, and I went through a really intense and long grieving period. I also struggled with the relationship I had with Yemaya, and my pain that my mother died by fire while my other mother held the power of water. Much of my grief meant working through and rebuilding my relationship with Yemaya while processing this intense pain and feelings of betrayal.

So fast forward again. I publish Bridging the Gap and then had the incredible opportunity to edit the Shades of Faith anthology, and later the Shades of Ritual, working specifically with Pagans of color and exploring the experiences of POC within our spiritual community. I started to make contact and build relationships with POC Pagans locally and nationally that I didn’t have before, and my worlds continued to shift together. It was around this time that I began to understand how Yemaya was using my eyes and my mouth…. it was becoming clearer. It was also at this time that Daughters of Eve was born.

At this time I had gone back to college; it was in 2009 I started studying psychology for my undergrad and then to grad school in 2012 for Social Work. As my professional world and my spiritual world started to co-mingle more, it became very clear that my self exploration was leading me to my ancestors and to the work of my ancestors in ways I am still uncovering. The marriage of my personal, professional and spiritual worlds were creating a story, a rhythm, that I had not planned and that I cannot control.

The 30 Day Read Black History Challenge was born, and again I found myself making sense of the challenge of the African mother on my head, the mission I have clearly been given by the Gods and a mostly European community that I love and am challenged by at the same time.

All this context leads to something very important to me. I am Wiccan. And I am also a woman of color with a ancestral history and culture that is a part of my life on a everyday basis, just like my spirituality. Wicca became a foundation that I was able to build on, learn through, and expand to include all of me.

Wicca breaths with me as I continued to grow and expand. No one can take that away because they do not get it or agree. This incredible living, breathing thing that is my Wiccan practice is very profoundly personal, powerful and intricate. What I know today is that my foundation was just as important to me as what I have been able to experience about myself. If I was restricted only to my initial training then I would have very little room to continue my journey, and I would have been timed out of my path a long time ago.

Within the professional world we know that our foundational training and education is important and yet it is just the beginning. As a social worker my degree is profoundly important, and yet it is not the extent of my ability to do this work. My degree does not make me a good social worker alone, only experience from the field incorporated with my study supports a social worker’s ability to put things into action. There are plenty of social workers, therapists, and others of various professions that have the degrees that cannot do the job. We all know people like that.

I feel the same about Wicca. I have a linage, but that does not define my practice or the depth of my ability to do the work of priestess. Furthermore, it is not only one lineage of magic that I carry… my ancestral linage holds just as much magic (and more) than any other linage of magic. I have an inherent problem with the idea that my worth is only measured by a lineage of one man going back to Europe instead of the thousands of magical beings tracing back to the shores of our homeland.

I had to make peace with this some time ago, enabling me the ability to give all the pieces of myself the importance and the worth they deserved. Acknowledging the cultural capital that my ancestral lineage, my story, my magical lineage and my present all have.

I am truly grateful that the restrictions that others try to impart on Wicca are man made, and not acknowledged by the Gods; that the level of consciousness above the ego of people understands the intersection between all of these moving parts. I am very grateful that I am continuing to grow, despite my resistance, and that I still get to be the priestess, the Wiccan, the social worker and the Black woman despite how upset it might make others along the way.

And in the true spirit of growth, I currently have three other African powers knocking on my door that I did not go looking for and that I have to learn more about. They have work for me to do. So I am embarking on a new layer to my journey. Chango, Oshun and Mami Wata have come knocking and I don’t have to understand why just yet. As we often say inside of recovery treatment groups… “If you are too comfortable, you aren’t doing the work”. 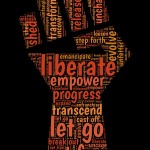 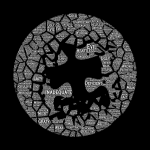 September 29, 2015 Avoiding Appropriation and The Perpetuation of Privilege
Recent Comments
0 | Leave a Comment
"LOVE this!!! I've been feeling the same way - curious about Hoodoo and it's roots ..."
DMDaniels Conjuring a Path: Embracing African-American Folk ..."
"I would think that spring tends to speed things up , and their is so ..."
Alma Mercer Missing in Internet Action
"A great story, thanks!To add some stuff: for a lot of people in the West ..."
Kirran Magic Out of the Land of ..."
"Peace and blessings to you my sister."
Toya Missing in Internet Action
Browse Our Archives
Follow Us!