Lifting Up Voices on Transgender Day of Remembrance

“If you are neutral in situations of injustice, you have chosen the side of the oppressor. If an elephant has its foot on the tail of a mouse and you say that you are neutral, the mouse will not appreciate your neutrality.” – Desmond Tutu

“There may be times when we are powerless to prevent injustice, but there must never be a time when we fail to protest.” – Elie Wiesel

Today marks the 16th annual Transgender Day of Remembrance, originally started by Gwendolyn Ann Smith in 1999. In honor to the increasing and disproportionate death and harm to transgender people within the world, I decided to post a series of posts and videos for Transgender Day of Remembrance. There have been transgender people murdered all around the world, 23 of those killed in 2015 were trans women in the United States. A large amount of those 23 were also trans women of color. (These are the ones that have been reported thus far). The Advocate published the names of those killed in 2015, in the United States, and I am including them here.

A huge number of transgender people were also killed in Brazil. Other countries that have had such incidents this year also include Cuba, Spain, Japan, the U.K. and Pakistan. This is all of our fight. Lift up their voices….. Say their names. And let’s not only care when people die. Let us all remember, connect and celebrate and protect the humanity and beauty of trans people in life, not just mourn them in death.

Listed below are three videos… Due to privacy and technical problems, I was not able to embed them into this point. But they are incredible enough to include regardless. The first one is from California State University East Bay and includes stats and information about why this should matter to us all. The second video is a buzzfeed that has several transgender men and women speaking about their lives and the challenges. The third video is a good friend Elena Rose, who is an advocate in the trans community and in the Pagan community. She is also a fellow board member of Solar Cross Temple. Her words are moving beyond description…. about the pain and the desire of community as a trans woman. And the final video (which is embedded) is of trans people speaking in a video from GLAAD.
Please join me in honoring this day by listening to the voices of the trans community… and lifting those voices up.

Trans Day Of Remembrance“There is still so much work to be done.” #TDOR Posted by BuzzFeed LGBT on Friday, 20 November 2015

November 17, 2015
Renewal and Rebirth; My Path to Justice
Next Post 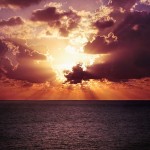 November 21, 2015 Not Quite In My Grandmother’s Way: Prayer for Social Justice by Tamilia
Recent Comments
0 | Leave a Comment
Browse Our Archives
Related posts from Daughters of Eve