How Much Sex Do You Actually Need? 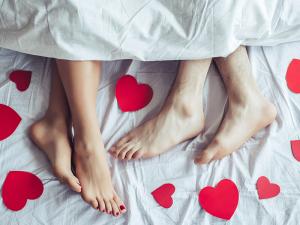 In my years of working with married couples, I’ve discovered that many marital problems can be traced to issues, struggles and frustrations related to sex. Most couples face the frustration of having one spouse with a consistently stronger sex drive than the other, which often leads to a question: How often should a married couple have sex?

With the busyness and stress of life, recent studies suggest that married couples are having less sex than ever. A recent article by USA Today cited a study suggesting most married couples are only making love around once per week (and many couples even less frequently than that). Another study by CNN found that for those couples who do have a “high-frequency” sex life (which they defined as 3 times per week), there are noticeable differences in each spouse’s overall health and satisfaction.

If you’re not having sex as often as you’d like, don’t beat yourself up (and don’t give in to the temptation to start blaming your spouse). There are many factors that can hinder a couple’s sex life, and Ashley and I talk honestly and openly about all these factors on The Naked Marriage podcast; and I’d encourage you to start listening to it if you’re not already. For nearly every solution that hinders a couple’s sex life, there are solutions. Be willing to work together to find the solutions. Your sexual intimacy (and the rest of your marriage) will undoubtedly benefit as a result.

Below, I’ve listed six reasons why more frequency in your lovemaking could help you, but before we get there, I want to do something different. Instead of launching into this discussion with stats and opinions, I’m going to do something unexpected. I’m going to share what the Bible has to say on the subject. You might have thought the Bible was boring or irrelevant, but it’s actually the greatest marriage manual ever written! Here’s one surprising passage about sex in marriage:

“The husband should fulfill his wife’s sexual needs, and the wife should fulfill her husband’s needs. The wife gives authority over her body to her husband, and the husband gives authority over his body to his wife. Do not deprive each other of sexual relations unless you both agree to refrain from sexual intimacy for a limited time so you can give yourselves more completely to prayer. Afterward, you should come together again so that Satan won’t be able to tempt you because of your lack of self-control.” (1 Corinthians 7:3-5) emphasis added

This passage above is essentially saying that a married couple should make love as often as either one of the spouses wants to. This is pretty revolutionary. When a couple waits until both spouses are equally in the mood, it will rarely happen! This model requires a mindset of mutual submission and selflessness for the sake of the other, which will not only improve your sex life, but it’s also a great approach to improving the other aspects of your marriage.

As a quick disclaimer, what this passage is not saying is that one spouse should be able to force the other spouse to be available sexually as if he/she doesn’t have a say in the matter. You always have the right to say no to sex, but when you do turn down your spouse, please do it very gracefully (and hopefully very rarely). If you carelessly or consistently deny your spouse sexually, they might receive an untrue message that says, “I don’t find you attractive, and your needs don’t matter to me.”

The main message of the Bible on marriage and all issues is to love one another. Loving requires protecting, respecting and serving. If you’re tempted to use this passage of Scripture as a manipulative tool to force your own agenda and demand sex, then you’re missing the bigger point about love—and without love, a marriage won’t be healthy. Sex without love is empty. If you’re tempted to always say no to sex because it doesn’t matter to you nearly as much as it does to your spouse, then that’s not showing love either.

As it relates to sexual frequency in your marriage, I’d encourage you to try to make love as often as the spouse with the higher drive wants to. Depending on age, drive, health factors, schedule and many other considerations, the “magic number” of how often a couple should make love is probably going to look different in every marriage. Based on my experience, the healthiest and happiest couples will prioritize their sex lives and consistently make love at least twice per week. This isn’t practical 100 percent of the time, but make it your goal not to “deprive each other,” and as the frequency of your lovemaking increases, your overall connectedness as a couple will probably increase as well (for the reasons listed below).

Don’t just apply this “higher drive” principle to your sex life. Whichever spouse has the higher drive for communication, you should try to communicate as much as that spouse wants to talk. Whichever spouse has the higher drive for affection, you should strive to meet their need for affection. In all parts of marriage, don’t settle for giving each other the minimum requirement, but strive to exceed each other’s needs.

When a couple isn’t consistently connecting in the bedroom, it can start having some major repercussions in other areas of the relationship. When you make consistent lovemaking a habit in your marriage, you’ll be strengthening the marriage in all kinds of ways. Here are just a few examples of how more sex in your marriage could have huge impacts:

This article originally appeared on xomarriage.com.

Family
Is It a Sin to Lust Over Your...
Dave Willis 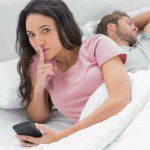