He Discovered His Wife Was Working as a Prostitute: His Response Could Change YOUR Marriage

May 20, 2013 by Dave Willis
28 Comments
He Discovered His Wife Was Working as a Prostitute: His Response Could Change YOUR Marriage May 20, 2013 Dave Willis

One of the most popular TV movies in recent years was Lifetime’s “The Client List” which chronicled the “true story” of a Texas wife and mom who started making income by working as a prostitute. Her double life was finally brought to light when the brothel was raided by police and her secrets were exposed. Her husband was disgusted and shocked and she was eventually abandoned by everyone she loved including him.

You might think that kind of provocative storyline only happens on TV, but the Bible actually has a similar story, but with a very different ending (and you thought the Bible was boring)! The Bible’s version is about a man named Hosea and a wife named Gomer. Hosea loved his wife unconditionally and those conditions were put to the test when she abandoned her husband and family to return to her old life of prostitution which she’d been in before their marriage.

By the time Hosea found out, they’d had several children and he wasn’t sure if any of them were his. To make matters even worse, her crimes had landed her in prison and based on the laws of the day, her next step was to be sold into slavery to repay her debts. Hosea had every earthly right to write her off and leave her to the fate she had created for herself, but God had a different plan. God wanted to use this whole situation to show the amazing grace and unimaginable love He has for us even in those moments when we are completely unworthy.

God moved Hosea’s heart towards forgiveness and compassion. He went to that slave auction and took most his life’s savings to purchase back his wife. Based on the culture’s legal system, she now would have had no rights at all. He would have had all the power in the relationship and he could have used it to punish her for the rest of her life. Knowing this, she bowed her head to him and called him “Master.”

What happened next is one of the most beautiful displays of grace ever recorded. In essence, he looks at her and says, “Never call me your Master…call me your Husband.”

He gave up his rights to punish, control or humiliate her, and instead, he welcomed her home as his wife.

This simple but powerful act of forgiveness shows us a beautiful picture of the unmerited grace and love God offers to us all.

In spite of Gomer’s infidelity, Hosea won’t let her go.  He won’t stop loving her.

This is how God views you.  You may have strayed far from God, but He’s not giving up.  He still loves you, and he’s calling out to you to come back.  You may think you’ve gone too far away to come back home, but he’s made a way for you.

I hope this story will open your mind and your heart a little wider to let more love and grace flow into your marriage and into your own heart. 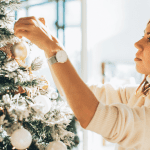