The ONE THING that could change your marriage forever

The ONE THING that could change your marriage forever January 6, 2017 Guest Contributor 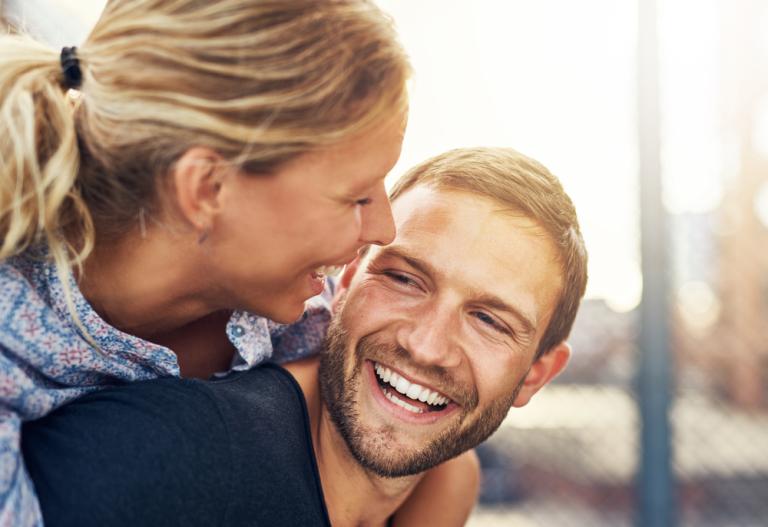 Below is a guest post from my friend Matt Brown. Matt is a husband, Dad, Author, Evangelist and founder of Think Eternity. His article below will inspire your faith and your marriage.

“The One Thing That Could Change Your Marriage Forever”

There are countless books, digital downloads, courses and videos about building a stronger marriage. We should be grateful to live in a time with so much helpful content and insightful research. I recently read and loved Dave Willis’ marriage book 7 Laws of Love. Not only was it a super engaging read, filled with wonderful stories that you can’t put down, but it is filled with timeless quips you can carry with you for a lifetime.

Not everyone in our society cares whether or not your marriage succeeds. Getting a divorce seems almost as common as getting a marriage license. And the celebrities and icons of Hollywood don’t set the best example of marriages that flourish.

But a lasting, flourishing marriage and family is what God has in mind for you. So why don’t we see this more often? Maybe your marriage has been difficult in recent days, and you don’t know how to move from where you are to where God’s better plan is taking root. I believe there is one thing you could be missing, that could change your marriage forever, filling it with much more love, joy, peace and patience than you ever thought possible.

This past fall I had the opportunity to visit a movie set where a profoundly powerful story was being put into film, releasing April 7 of this year, just before Easter. The film is called The Case for Christ, and is based on the life of a friend of mine, Lee Strobel.

Here’s what might surprise you: this movie is as much a love story – one with lessons we can all learn from – as it is a story of Lee’s spiritual journey.

Lee was a graduate of Yale, and law editor of the Chicago Tribune. He was also an atheist. As a teenager, he had slowly solidified his atheism, believing it was the most rationale explanation for our world. He had married his childhood sweetheart, Leslie, and they had one child at that point. Despite significant success at his work, many people did not know the inner turmoil in his life: his relentless pursuit of pleasure, his drunkenness, his sometimes explosive anger with his young family.

One night, Leslie came home to give Lee what seemed like the worst news of his life: she had become a believer in Christ. As an atheist, this felt like a betrayal of everything they had built together. Lee even considered divorce. This insurmountable chasm in their marriage sent Lee on a nearly two year journey to take his investigative expertise to research the claims of Christianity, in order to prove it false, and hopefully save his wife from what he considered at the time to be a cult.

After many months of meeting with experts, digging into evidence, and seeing positive changes in his wife’s personality, Lee came to the unexpected conclusion that it would take more faith to maintain his atheism than to believe in Jesus. He came home, shared the news with his wife, and they prayed together to receive Christ. This verse helped him take that final step: “As many as received Him, to them He gave the right to become children of God, even to those who believe in His name” (John 1:12 NASB).

After months of research, Lee concluded there was a tsunami of rational evidence to believe in Jesus. He had already begun to believe in Jesus. But that day with his wife Leslie, Lee prayed to receive him. Here’s the formula of faith Lee that understood from John 1:12:

Many people around the world believe in Jesus intellectually, but may not have yet taken that step to “receive him” – beginning the incredible adventure of following Jesus, allowing Him to transform their everyday lives, their marriages, and how they parent their children.

For Lee, this one decision changed his marriage and family forever. Believing in and receiving Jesus into his life fundamentally changed his marriage for the better. This is not to say that all atheists are in the same place as Lee was, but for Lee, and all of us, putting our faith in Jesus Christ and following him wholeheartedly is the greatest thing we could ever do for our marriages.

Jesus teaches us about sacrificial love

Jesus didn’t just say he loves you; He gave his life for you on the cross to prove His love for you once for all.

Yes there is pain, tragedy and death in this world, but the presence of pain in our world doesn’t prove God isn’t there, it just proves how much we need to invite God into our world.

Other religions tell us to do what we can to reach out to God, but Jesus is God doing everything He can to reach out to us. Jesus fundamentally changes our perspective on God and this life, by saying that God is a good good Father who “so loves” us, and not only says it, but shows it in the most dramatic fashion possible.

Jesus not only shows us incredible amounts of love, and tells us to love others, but when we “receive Him” He works in our hearts and lives to love others through us. Galatians 2:20 tells us: “My old self has been crucified with Christ. It is no longer I who live, but Christ lives in me. So I live in this earthly body by trusting in the Son of God, who loved me and gave himself for me.”

We may not be perfect in our marriages (even as Christ-followers), but if we let Him, Jesus lives and works in us to love others through us, especially those closest to us. This one thing, “receiving Him,” fundamentally changes our ability to love our spouse and our children from what we were capable of on our own.

Lee Strobel’s transformation was so significant that I’m nearly moved to tears in many of my conversations with him. Before he came to faith in Christ, when he would arrive home from work, his daughter would take her toys, go into her room and shut the door to avoid his outbursts. After coming to Christ, as God began to work on his heart and life, his daughter soon also put her trust in Christ, because she said to Leslie, “I want God to do in my life what he did in daddy’s.” Even a child notices the difference Jesus makes in our lives.

Lee and Leslie now celebrate decades of a happy and fruitful marriage. Their children are married and serving the Lord, and they enjoy sweet grandchildren who are also following Jesus – in fact one of whom recently led one of her friends to faith in Christ! The trajectory of the Strobel family was forever changed because of one decision – and that decision – to trust and wholeheartedly follow Jesus – can change your marriage and family forever as well. 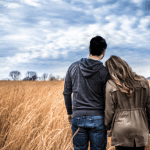 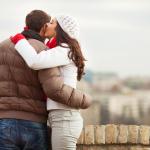 January 10, 2017 10 things every husband wants to hear
Recent Comments
0 | Leave a Comment
Browse Our Archives
get the latest from
Family
Sign up for our newsletter
POPULAR AT PATHEOS Family
1

How often should a married couple...
Dave Willis
Books by This Author Books by Dave Willis