What I’m about to share is very uncomfortable to talk about, but I’m stepping way outside my comfort zone to do it so that I can help as many people and strengthen as many marriages as possible.

I’ve read that as many as 95% of all teens will view explicit pornography (either accidentally or on purpose) at least once before they graduate from high school. I fit into those statistics.  As a teenager, I looked at porn and felt guilty about it.  I’d go through a vicious cycle of secretly looking at it and then feeling guilty and hating myself and staying away by sheer will power for as long as I could but then returning to it again. This continued through college. Sometimes there were long stints in between my “relapses” which gave me the false sense of security in believing I had overcome it, but I learned over and over again that I had not overcome it.

Eventually, I bought into the myth that once I got married, it would cure itself, because having a beautiful wife (which I do) would automatically remove the temptation of wanting to look at anyone else, but the secret and shameful cycle continued even after I married the love of my life the week after graduating college. She found the evidence on our home computer and she was heartbroken. I had shattered her trust and I felt hopelessly ashamed.

As painful as it was to have my secret out in the open, it was what had to happen to start the healing process. I only wish I would have had the courage to confess before getting caught. Regardless, getting caught was a gift from God because once the lies are dragged out into the light, even though it hurts at first, it’s the first step towards healing.

That was a decade ago, and thankfully, God and my wife both showed me a lot of grace which has helped me break free. It took trusting God and putting safeguards and accountabilities in place to retrain my thinking, and today, I’m so thankful to be living without that secret shame and constant temptation eating away at me. 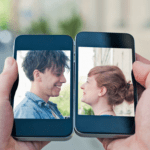 August 5, 2013
4 things your do with your iPhone that are hurting your marriage
Next Post 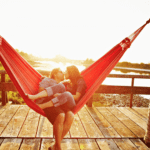 August 16, 2013 5 things to do in your first 5 years of marriage
Recent Comments
83 Comments | Leave a Comment
"Of course you should wear your wedding ring at all times! It is the most ..."
Bill Bray 8 Ways to You Might be ..."
"If you do not apply these rules to dating in the first place, you will ..."
Doug Johnson 12 things a husband should do ..."
"I had the same thought; this article is far too short to need five separate ..."
Arkanabar 8 Ways to Show Your Wife ..."
"if it sells books, go for ya life!"
aussiemouse 7 signs of a healthy marriage
Browse Our Archives
Follow Us!