Sometimes you just have to laugh.

Yesterday, I revealed that the University of New Haven disinvited me from speaking at a forensics conference, because of my stance on Black Lives Matter.  I’ve been overwhelmed by the response from students, alumni, and others who heard about my unfair treatment.  A senior at the school, Brian Sharnick, even started a petition demanding that the school bring me in and apologize.  (Sign it here.)

But the best response — at least in terms of entertainment value — is from the University itself:

Did you catch that?  “Circumstances did not permit” me to come.  That’s the kind of shadowy language guilty people use…  and believe me, I’ve seen many guilty people over the course of my 38 years of law enforcement.

When the University disinvited me — telling my assistant the reason was because of my stance against #BlackLIESMatter, I was okay with it.  I was working this event into an already full schedule.  But the cowardly official response from the school is just too much.

“Circumstances did not permit” me to attend?

President Steven H. Kaplan, I understand why you don’t want people to know that a predominantly white college won’t let a black man speak on campus because of your incredible support for minorities.  That doesn’t even pass the “straight face test.”  If you think my beliefs should prohibit me from speaking about collecting, preserving, and analyzing evidence, that’s your decision as a private school.

Own it as a “decision” the university made… not that I was a victim of circumstances.  At least have the courage of your convictions.

If you think that the students, faculty, and alumni of your school will believe that “circumstances” conspired to disinvite me — instead of you guys bowing the knee to political correctness — then you really might need to walk over to the forensics department.

I hear they’re good at looking at evidence and seeing the truth.

You should sign up for a class or two.

PRE-ORDER my book Cop Under Fire: Moving Beyond Hashtags of Race, Crime and Politics for a Better Americaby clicking on the cover below: 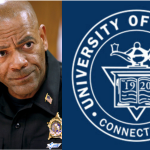 October 5, 2016
The University of New Haven Disinvited Me to Speak on FORENSICS, because of #BlackLivesMatter
Next Post 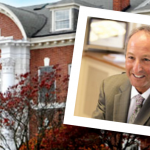 October 6, 2016 University of New Haven still hasn't apologized: let President Kaplan know how you feel
Recent Comments
25 Comments | Leave a Comment
"Maybe we should start tagging every article like this (innocents killed by blacks) #BLM to ..."
Praying4America Blacks can’t commit hate crimes against ..."
"The premise of this statement is ignorant and anyone who believes that blacks can't commit ..."
BrooklynSWAMI Blacks can’t commit hate crimes against ..."
"Thank you for this update, Sheriff ! I think Officer Corcoran was very alert and ..."
Larry Curtis 3 Words Would’ve Saved This Guy’s ..."
"yay!!!!!"
Teresina Brisciana ESPN finally admits targeting conservatives was ..."
Browse Our Archives
Related posts from The People's Sheriff