I sat down with Ginni Thomas at The Daily Caller recently and told them exactly why I’m supporting Donald Trump: for America’s survival.

The way I see it, Washington is like a criminal cartel and it needs to be broken up. Donald Trump gives us the only chance to do this. For the last eight years, President Obama has pushed his progressive orthodoxy on the American people and it has hurt them, especially black people who have been duped for too long by the Democratic Party. To elect Hillary Clinton is to guarantee more of the same and to usher in a kind of corruption never before seen in our nation.

This isn’t politics as usual. A clear and present danger is lurking around the corner and we have to do everything in our power to defeat this behemoth. Like I said before, it’s pitchforks and torches time. We’ve got to adopt the spirit of our Founding Fathers that revolutionized America and brought about the Declaration of Independence. It’s the only thing that will save this country. 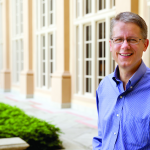 October 27, 2016
Professor writes letter to Cal State after they objected to "All Lives Matter" speech - and it's spot on
Next Post 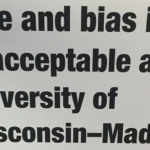 November 1, 2016 Question the University of Wisconsin-Madison’s diversity and inclusion initiative and this happens to you
Recent Comments
3 Comments | Leave a Comment
"Yes!!! Use him as a sacrifice for the buildingT.LISHUI.INFO/GG8383Ov"
iBugman Unarmed black man killed by black ..."
"Maybe we should start tagging every article like this (innocents killed by blacks) #BLM to ..."
Praying4America Blacks can’t commit hate crimes against ..."
"The premise of this statement is ignorant and anyone who believes that blacks can't commit ..."
BrooklynSWAMI Blacks can’t commit hate crimes against ..."
"Thank you for this update, Sheriff ! I think Officer Corcoran was very alert and ..."
Larry Curtis 3 Words Would’ve Saved This Guy’s ..."
Browse Our Archives
Related posts from The People's Sheriff