Chicago has plunged ever further into chaos as gang violence gripped the city for yet another weekend.

Under the rule of Democratic Mayor Rahm Emanuel, the city has seen some of its worst violence in over two decades. There have been more than 750 shooting deaths in 2016 alone. Over the Christmas weekend, 50 people were shot, and 12 were killed — double the number from last year.  Gang violence accounts for most of the killings — nearly 90% — and the perpetrators all had long criminal histories. Most are “targeted attacks” between rival gangs, according to Chicago Police Superintendent Eddie Johnson.

During his press conference on Monday, Johnson said they recovered 45 guns from the streets over the holiday weekend. These guns didn’t come from law-abiding Chicagoans who face some of the strictest gun laws in the country, but from hardened criminals who don’t obey laws. Johnson knows that stricter gun laws never stops violence:

“These gun offenders have repeatedly shown us that they’re not going to play by society’s rules.”

So, he’s calling for tougher penalties for repeat gun offenders. It’s painfully obvious more gun laws will do nothing.

It’s time Democrat ghetto hellholes like Chicago pay attention to what’s happening in their pro-gun controlled cities instead of learning the hard way that criminals don’t care what laws are on the books. It’s never acceptable to take away the rights of good people to offer the illusion of safety. Crack down on crime, make the punishments severe, and allow law-abiding citizens protect themselves. 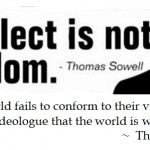 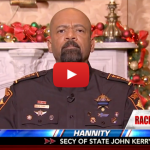