We’ve reached peak insanity on the American college campus. I know first hand after being disinvited to speak at the University of New Haven because of my statements on Black LIES Matter. But how some social justice students at Ohio State University are treating the Islamic terrorist who tried to murder them really takes the cake.

OSU’s Coalition for Black Liberation has done one of the most asinine things I’ve ever heard of. They’ve put the name of Abdul Razak Ali Artan — the Buckeye student who tried to mow down classmates with his car and stab them with a butcher knife — on their list of minorities wrongly killed by police.

It’s a list they’ve kept for some time now and often read from during public eulogies which they recently held to honor the terrorist. Here’s what one Women’s, Gender and Sexuality Studies major said during a moment of silence they held for the “victims,” that is, the perpetrators:

“In some cases, the deceased may have committed acts of violence against others before they were killed. Perhaps they were domestic abusers, perhaps they threatened or killed others. This possibility is not something to shy away from. The protest against police brutality extends to the innocent and the guilty alike, because we know that no matter the crime, justice and due process don’t come from a cop’s bullet.”

These imbeciles cite that the killer got no due process from the cops bullet. Huh? What due process did the victims in this incident get from the radical Islamic terrorist?

This group is also standing by a diversity employee who threatened to unfriend anyone on her Facebook page that shares or celebrates the death of the Islamic terrorist. She wrote:

“Abudl Razak Ali Artan was a BUCKEYE, a member of our family. If you think it is ok to celebrate his death and/or share pictures of his dead body and I see it in my timeline, I will unfriend you. I pray you find compassion for his life, as troubled as it clearly was. Think of the pain he must have been in to feel that his actions were the only solution. We must come together in this time of tragedy. #BuckeyeStrong #BlackLivesMatter #SayHisName”

An associate professor said, “Even compassion has been politicized, as we saw with the diversity officer who’s being attacked for daring to say let’s show compassion towards a fellow Buckeye who made tragic, tragic mistakes.”

That’s all it was? A “tragic mistake?”

The only thing tragic is the mind-numbing stupidity exhibited by these progressive apologists to this terrorist act. The brave campus officer Alan Horujko is the only name that should be added to a list; that of heroes that saved countless lives by putting down a terrorist before he could do even more damage. 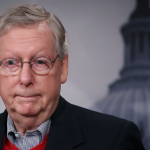 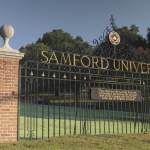 January 4, 2017 Political correctness spreads to private Christian university which denied a conservative club
Recent Comments
17 Comments | Leave a Comment
"Maybe we should start tagging every article like this (innocents killed by blacks) #BLM to ..."
Praying4America Blacks can’t commit hate crimes against ..."
"The premise of this statement is ignorant and anyone who believes that blacks can't commit ..."
BrooklynSWAMI Blacks can’t commit hate crimes against ..."
"Thank you for this update, Sheriff ! I think Officer Corcoran was very alert and ..."
Larry Curtis 3 Words Would’ve Saved This Guy’s ..."
"yay!!!!!"
Teresina Brisciana ESPN finally admits targeting conservatives was ..."
Browse Our Archives
get the latest from
Politics Red
Sign up for our newsletter
POPULAR AT PATHEOS Politics Red
1