Sheriff Clarke: The final word on violent riots at universities 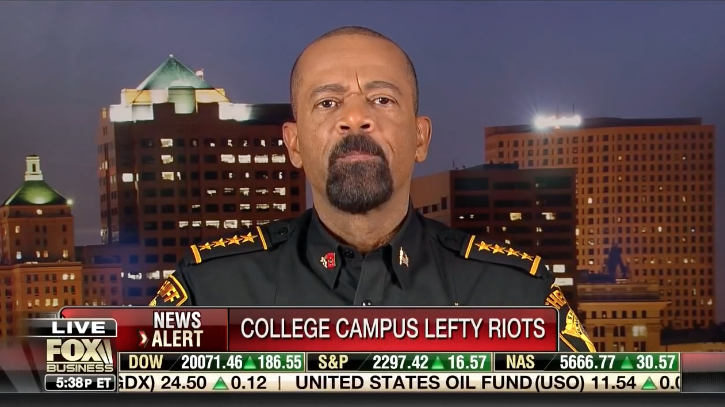 I recently sat down with Liz MacDonald for Fox Business’s Risk & Reward and set the record straight on this chaos that has broken out on campuses over conservative speakers like Milo Yiannopoulos and Gavin McInnes.

While most media outlets prefer to speak of the recent incidents that have happened at the University of California at Berkeley and New York University as “protests,” Liz MacDonald coined it perfectly: “violence,” and I’m glad she did because most in the media won’t.

I’ll take it a step further, because in fact, it is intolerable. It’s savage, political violence, and it leads to political terror. It’s done for one reason: to incite and intimidate people into shutting up. It’s in its very essence, a form of totalitarianism. And with that comes a responsibility as law enforcement officers and media figures to call this what it is. It’s not protests; it’s rioting. What we’re seeing is resistance; the belief that the government doesn’t have the lawful authority to do anything. That’s anarchy and the tactics these rioters are using prove it. They’re concealing their identities, assaulting cops, and holding signs that say “resist,” not “protest.”

There’s two sides to this coin. On one side, American citizens have the right to assemble lawfully in protest of something or someone they disagree with. But the other side has rights, too, which though often ignored, also includes the right to assemble and hear a speech without fear of injury or being blocked from entry. These rights aren’t mutually exclusive.

I’m getting a little tired of hearing that another conservative speech was shut down in the name of public safety because the situation became too dangerous. When are they going to shut down the riots? Just once I’d like to wake up in the morning and hear that the resistance was canceled, that there is no more riot, and the conservative gave his or her speech.

But I’m afraid it’s going to get worse before it gets better. Because it starts with millions of dollars in property damage and light injuries, but the next step is serious injury and then death. Mark my words; it will happen if this anarchy isn’t stopped now. This is about pushing the envelope and the government must push back. But if we misdiagnose this as peaceful protests and not violent riots, we will then apply the wrong remedy.

And here’s the proper remedy: I want to see campus police advancing on these rioters with less-than-lethal force, dispersing them with tear gas and  rubber bullets which will send a clear message that fascist actions have no place in a free America. This has to be countered with effective, assertive measures or it will escalate to worse scenarios.

Click CONTINUE to watch the whole interview and learn who I think is behind these well-orchestrated strikes: 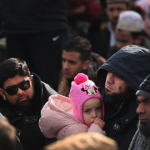 February 6, 2017
Professor told colleagues and students they weren’t Americans for this stupid reason
Next Post 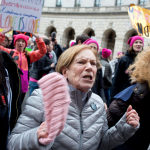 February 9, 2017 The only reason I’ll reach across the aisle is to grab a liberal by the throat... before they slash mine
Recent Comments
1 Comment | Leave a Comment
Browse Our Archives
Follow Us!