Wedding plans interrupted by war, but their love prevails

They all wore crosses as they leaned in, talking rapidly as the translator tried to keep me in the conversation. Their words were passionate and real. They had lived through hell as a family and were happy to be on the other side of it. And yes, they wanted to talk about it. Qusai looked at his sister, Raneen, wondering just where to start. Their spouses, Zaina and Wesam were ready to talk too, but finding proper words to describe a life in turmoil didn’t come so easily It wasn’t just the family ties that drew them close. They all escaped the threat of ISIS forces in their native town of Bartella – just seven kilometers from Mosul, Iraq.

It was a sleepy suburb of the bigger town, full of little shops, a small factory and family farms. But that cozy existence changed. The Kurds had withdrawn from Mosul, leaving the town and its 110,000 Christians vulnerable to the terrorist’s march. Bartella was the new front, but it wouldn’t last forever.

Wesam was a well-known believer, as he was an on-air reporter and personality for Assyrian Christian Television.  He was just dating Raneen. They were making plans for a big wedding. Their families were large and they had an extensive network of friends. But war has a way of interrupting life – and love. He tells the story like a reporter, but one with a broken heart. They all remember the day – August 8. That’s when the Kurds announced they would have to pull back again leaving this town exposed. “We all thought we would leave just for a few days,” said Wesam. “We took just the clothes on our back and a few papers.” “I’m still wearing the same pants a year later,” he tells me. Qusai tugs at his pants and his shirt. “These are the same too.” The brothers laugh at the irony.

But there was no laughter that morning. “It was 5 a.m. and an explosion in the neighborhood blew off our doors and windows. We knew that this was the day we would have to leave,” said Wesam. It had been a long time coming. After the Coalition’s invasion and take down of Sadaam Hussein, Al Qaeda terrorists began persecuting Christian populations. Then, when the U.S. forces left the country, other, even more extreme elements moved in. Wesam knows this both as a reporter and a man who saw it first-hand. He ticked off the names of ten different groups that harassed the Christians in the Nineveh plain. “But for Christians in the area, none of this was a surprise. We all know very well the promise in Scripture that Jesus told us. We would be persecuted in his name.” Their clan was one of the last to leave the town. They had disabled relatives to care for that morning. Ninety minutes after they left town, Arab Salafi forces under the flag of ISIL took the town in a bullet-less charge. In the end, of the town’s 2,000 Christians, only three remained. Qusai told me he would have stood and fought for their town. “But we wanted to protect our family. We had to think about them.”

A honeymoon — with 13 people in the room

Eventually, they left their vehicles and the clan walked on foot from town to town.  They don’t remember all the names of the towns and cities without a map. But Wesam and Raneen remember the town of Erbel, Iraq. There they pushed open the door of a church that looked inviting and spoke to the priest, telling him their story. They spoke of their love for each other and missed opportunity that war had brought. They were married that day in front of this clan of refugees. A few days later they were in Turkey, all 13 living in a one-room apartment. “It wasn’t much of a honeymoon,” said Raneen. “But we were young and in love. And we were safe and together. So it didn’t matter.”

It’s an honor to give up everything

The withdrawal took much from this family. Wesam’s job at the TV station was gone. . Qusai had been working as an elevator mechanic. Zaina worked as a cosmetics professional at a department store. Raneen had just started a job at a Toyota distribution plant. Working in logistics, she was finally putting her skills and studies to work. “I had to give up my dream job.” She also had to give up the big Arabic wedding. If you don’t know, these are massive multi-day affairs. Families travel for days. Pavilions are rented and homes become endless feasts of fun, music and frivolity. “Yes, I lost my wedding day, but we have each other. We are safe,” said Raneen as she looked at Wesam.

I asked this woman if she was angry at God. So much in her young life had been stolen from her. When the question was translated, her eyes got big and she sat on the edge of her seat. She slapped her knees and said, “No, no, no!” “It’s like a privilege!  It’s an honor to be able to choose between our life and our God. Who are we and our little plans in comparison to be able to live this life?”

We are not wavering

“I used to love Iraq. They took a precious thing from us and destroyed it. It is sad to all of us.” For a year this family has been living in a small, but clean apartment in Jordan. They have applied to the United Nations for resettlement, but they have heard nothing for six months. So, they are borrowing money from relatives to pay rent and eat. “We wait,” said Raneen. “But whatever country gets us, we will work hard. We have hands. We have feet. We have heart. I promise, I will give far more than I will take.” Zaina told me that even though they are waiting for the UN to give them direction, “Our hope is in God. We are not wavering.” She is praying for those still in Iraq, for their neighbors who are Muslim. “Life for them is terrible too.” Raneen looked me in the eyes and said in Arabic with much emphasis, “We are not giving up. We’ve experienced the love of God and He has a plan. We are alive and we are together.”

“It’s like a privilege!  It’s an honor to be able to choose between our life and our God. Who are we and our little plans in comparison to be able to live this life?” ####

This story is part of a series written after a journey to Jordan in October where I met with Syrian and Iraqi Christian Refugees. Please read and consider sharing each of them. Kneejerk: The Paris killings are bad for Christian refugees ISIS interrupted their wedding plans, but not their love Syrian Refugee: “Whenever I look in my baby’s face, I think of home” Family of five: We pray for ISIS Nowhere to go: Refugee families escaped persecution, but cannot escape captivity This Syrian family is looking for home The straw that broke the camel’s back Ancient town finds revival because of Syrian refugees Miracles in the Middle East: Is there hope in the Chaos? A Christian (and sane) response to the Middle East refugee crisis

You can help by sharing each of the stories above by email, Facebook or Twitter. This is not to build any kind of personal following, but to help these stories somehow, someway reach the right people who can change the face of the refugee crisis. There is power in a simple click. You can also subscribe here to receive all the future posts and I ask that you share them broadly as well. There are many opportunities for attention and money, but I want to remind you what the Apostle Paul said. “So then, as we have opportunity, let us do good to everyone, but especially to those who are of the household of faith.” Many of these people stood up for their faith under the threat of death. And as a body of believers, we need to rush to their side, to remind them that they are not alone. We do not do this by condemning Islam. Painting broad strokes of fear does not help in any way and only serves to isolate the innocent from Christian love. The enemies are those who terrorize, in any name. Please share this message with your friends, as this is a chance to give real, immediate aid to those on the front lines without any bureaucracy or middlemen. You can also give online here. Under Missionary/Project Name, “Madaba – Refugee Fund” Checks can go to Team Expansion, POB 91294, Louisville, KY 40291, memo line, “Refugee Fund” I would also encourage you to become a regular supporter of these people who are working every single day on behalf of the gospel for the sake of Syrian and Iraqi refugees. I’ve seen how they use money and how they live and I’m a believer that this is a worthy cause.

Thanks Tim Ziegler and Kelly Greer for help in prepping this! 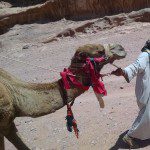 January 7, 2016
Refugee Stories: "The straw that broke the camel's back"
Next Post 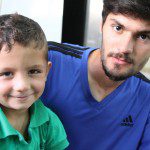