A Christian {and sane} response to Middle East refugees, immigrants, and asylum seekers

The news reports and the haunting faces scrambling across Europe are jarring. They are desperate images with photographers eager to capture the tear, the frightening toddler or the crippled woman.

The refugee and immigration crisis is one that is knocking at nearly every European door and officials are being pressured to do more. As Christians, our hearts are pricked. Our compassion moves us and our spirit is stirred. We want to do something, anything.

But it is also important to have a few facts in hand.

What’s up in Syria?

Most of the reports tell us that people are on the run because of the civil war in Syria. The four-year-old Civil War in Iraq and Syria has displaced more than 3 million people in Iraq and more than half of the 23 million Syrian population have fled their homes.

The quick down and dirty on that is that it’s…complicated. The United States wants tyrannical president Bashar al-Assad out. He has gassed his people and has been despotic. So we are not defending him against those who seek to topple him, although officially we aren’t supporting the opposition. the Muslim Brotherhood. Lurking is ISIS, which is capitalizing on the strife to knock out the leader.

Technically, that puts us on the same side as ISIS. And to further complicate things, Russia has moved in military equipment to help Assad defend his nation.

With neither enemy nor friend clearly defined, many clear-headed Syrians are abandoning their country.

According to the EU, most those impacted by the Civil war have relocated to Jordan or Lebanon. I saw it with my own eyes, and in fact, in Jordan there is a single camp with up 100,000 refugees.

So, who exactly are these people?

The European Union has logged more than 500,000 arrivals this year, but only 44,000 of them were actually fleeing the Syrian war.

So who are they? According to the EU, most the people we see are on the move because of “economic reasons.”

The rest of the people are Afghans,  Albanians , Iraqis, Pakistanis, and others from the region. 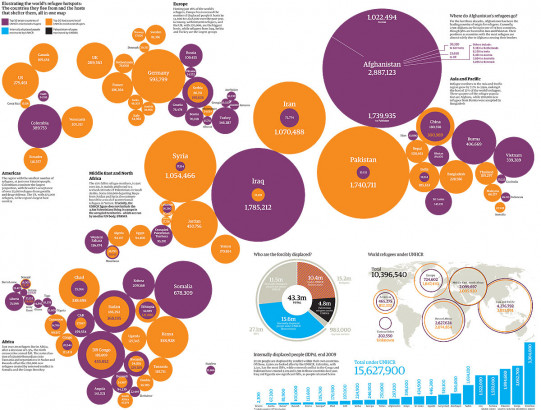 Now, if I were in abject poverty, with my nation crumbling around me, I would consider joining the crowd and find a better place to live. But this technically changes the status from refugee to immigrant, and therein lies the rub. It has implications in Europe as well as the US.

German Chancellor Angela Merkel let it be known that they would allow the travelers asylum – until they realized that wouldn’t. The hose was already turned on full blast and suddenly people by the thousands were turned away at the border. Neighboring countries like Coratia, Hungary, Austria, Slovenia, and Britain have turned them away. Italy and Greece have enough problems of their own.

What about the Christians running away from ISIS?

There is so much turmoil that we tend to congregate our news into easy sound bites. The people you see on television are primarily Muslims. They are not Christians on the run from ISIS.

In fact, the settlement camps you see on television are primarily Muslim as well. The truth is that even in these kinds of situations, there is no safety for Christians. So they have chosen to make their own way.

There is doubt that Islamic State is depopulating Christian communities, forcing the residents to convert, pay a fee, or die. Syrian Christians have been hit. Iraqis too. And Ethiopians and Egyptians. Rape, beheadings and slavery of Christians and sympathetic Muslims is common.

Later this week, I’ll have an interview with a 19-year old Iraqi Christian teen who escaped and has one message – “Help my brothers. Help my sister.”

I’ll also highlight a local church that is working to help 600 specific families.

These people are staying with friends and relatives. Their situation is equally dire as they have been displaced and are hunted on every side.

The United States is NOT giving asylum to Christians who have been oppressed by ISIS. Why? Because ISIS is not a state (yet) and has classified these people simply as immigrants. “Stand in line.”

So they wait and pray.

Canada has found a way around this.

What if this ‘shifting’ of Muslims is God’s scattering. Whereas at one time they were trapped in a country with little effective Christian witness and then they have a opening to come here. What an opportunity to show Christ to a dark world! Instead of fear what if we embrace it as opportunity?

It’s not as simple as that.

Technically, refugees are people who are temporarily displaced and will return to their home. Immigrants are simply looking for a better place to go. And asylum seekers are running away from political, religions, or personal persecution. Different faith groups will each wear all of these labels.

Our priority — at least right now — should go toward those who are asylum seekers.

Care for the brethren

The answer, like just about every other problem, is found in the Bible. It took me a week for this verse to even come to mind. But it’s clear as can be.

“Therefore, as we have opportunity, let us do good to all people, especially to those who belong to the family of believers.” Gal 6.10

Yes. We should care about all of humanity. We should weep for souls and love deeply, without reservation. We should be concerned about Muslims, and Hindus and Atheists. But as Christians, our first call is to each other.  Why is that? The world is watching.

Jesus himself asked, “How will the world know that you are my disciples? If you have love for one another.”

I’m going to start presenting a number of ways for you to get involved and for you to educate your friends and churches.  Feel free to email me your ideas.

Lord willing, I’ll be headed to the Middle East next month where I’ll interview Christians on the run, to hear their perspective,  free of the media. Pray for me as I seek God’s plans. Drop me a note if you want to be involved.

September 18, 2015
Christian Companies that Sneak in the Gospel
Next Post 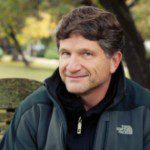