“This is a sad moment in the life of our country…”

“I cannot imagine a more direct and frontal attack on freedom of conscience than this ruling. This decision must be fought against with all the energies the Catholic Community can muster.

For me there is no other fundamental issue as important as this one as we enter into the Presidential and Congressional campaigns. Every candidate must be pressed to declare his/her position on all of the fundamental life issues, especially the role of government to determine what conscience decision must be followed: either the person’s own moral and conscience decision, or that dictated/enforced by the Federal government. For me the answer is clear: we stand with our moral principles and heritage over the centuries, not what a particular Federal government agency determines.

As Bishops we do not recommend candidates for any elected office. For me personally, I intend to vote on November 6, 2012, for the candidate for President of the United States and members of Congress who intend to recognize the full spectrum of rights under the many conscience clauses of morality and public policy. If any candidate refuses to acknowledge and to promote those rights, then that canddate will not receive my vote.

This is a sad moment in the life of our country where religious freedom and freedom of conscience led to the formation of this new Nation under God.”

And for those who haven’t seen it yet, a similar sentiment can be found in Cardinal-designate Timothy Dolan’s video response yesterday, below: 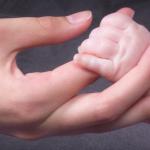 January 21, 2012 On Mass with a deacon
Recent Comments
0 | Leave a Comment
"I think I would have been happier had the CDF handled the nuns the way ..."
Theodore Seeber Vatican challenges “interpretation” of cardinal’s remarks ..."
"Blaming "Islamics" for this is like blaming the Pope for the Holocaust Denial of Hutton ..."
Theodore Seeber One killed, 44 injured in Catholic ..."
"It smacks to me of hyper-sensitivity, a veiled spiritual and intellectual pride, with regards to ..."
J D Pope Francis: “A Christian who complains, ..."
"Oh, no, we never change our mind, and we always agree, even on points of ..."
Ron Chandonia Vatican challenges “interpretation” of cardinal’s remarks ..."
Browse Our Archives
get the latest from
Catholic
Sign up for our newsletter
POPULAR AT PATHEOS Catholic
1

Babies Mean the Parents Trust in God
Is this world so terrible a place that you wouldn’t want to...
view all Catholic blogs
What Are Your Thoughts?leave a comment