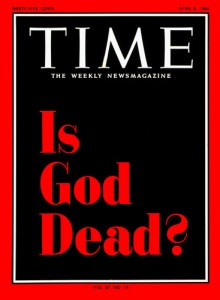 William Hamilton was a tenured professor of church history at a small divinity school in Rochester in April 1966 when Time magazine created a sensation with a cover article featuring some of the ideas he had been writing about for years in journals read mainly by ministers and theologians.

In large red type against a black background, Time boiled those ideas down to three words: “Is God Dead?” It became one of the magazine’s most famous covers, and it upended Dr. Hamilton’s quiet life as an academic theologian.

The article, appearing in the season of Easter and Passover, gave a primer on the history of the war between religious and secular ideas in Western culture going back to Copernicus. It quoted Billy Graham and Simone de Beauvoir as exemplars of the two sides, and it introduced the world to Dr. Hamilton as the leader of a new school of religious thinking it called the “Death of God Movement.”

Dr. Hamilton became the target of death threats in the year after the article was published. He left his job, feeling ostracized. And he spent a good deal of the rest of his life — he died on Feb. 28 at 87 — adding air quotes with his fingers around the word God, which was what he had meant when he referred to “the death of God,” he said.

But the article was basically accurate about his views. He believed that the concept of God had run its course in human history. Civilization now operated according to secular principles. And churches should, too, by helping people learn to care for one another unconditionally, without illusions about heavenly rewards. 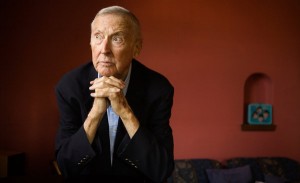 For better or worse, it was not something he would have said out loud at the Third Presbyterian Church in Rochester, where he and his family attended services for many years until he started meeting icy silences after the Time article appeared.

To him it was a scholarly idea, written for scholarly journals, intended to address the big theological question of the postwar era: how to reconcile the notion of an all-powerful God with an overwhelmingly secular and often brutal modern life. The question was being explored from every angle by theologians, who were as likely to quote Camus, Nietzsche and Kierkegaard as the Bible.

March 10, 2012
Forget the priest, deacon or rabbi: my friend will do the wedding
Next Post

March 11, 2012 The "twilight of Christianity" in Iraq
Recent Comments
0 | Leave a Comment
"I think I would have been happier had the CDF handled the nuns the way ..."
Theodore Seeber Vatican challenges “interpretation” of cardinal’s remarks ..."
"Blaming "Islamics" for this is like blaming the Pope for the Holocaust Denial of Hutton ..."
Theodore Seeber One killed, 44 injured in Catholic ..."
"It smacks to me of hyper-sensitivity, a veiled spiritual and intellectual pride, with regards to ..."
J D Pope Francis: “A Christian who complains, ..."
"Oh, no, we never change our mind, and we always agree, even on points of ..."
Ron Chandonia Vatican challenges “interpretation” of cardinal’s remarks ..."
Browse Our Archives
get the latest from
Catholic
Sign up for our newsletter
POPULAR AT PATHEOS Catholic
1

Mary, The Miracle Child
Mary is the seat of Wisdom, for from her was born the...
view all Catholic blogs
What Are Your Thoughts?leave a comment