This is an issue in my own diocese, as well.  Details:

The harvest is plentiful in the Diocese of Salt Lake City, which is seeking laborers in the form of deacons to minister to the Spanish-speaking flock.

“It was a request of the pastors, that they need deacons who speak Spanish because that is where the highest need is right now,” said Father Eleazar Silva, parochial vicar of the Cathedral of the Madeleine, who will serve as director of academics for the new diaconate formation program.

In Spanish-speaking congregations, there are sometimes 30 to 40 baptisms at a time, and sometimes no priest or deacon is available to conduct funerals in these congregations, “so some people are being buried with no funeral,” Fr. Silva said. “Some priests can read Spanish, but that is as far as they can go.”

Ordained deacons can not only officiate at baptisms and funerals, they also can preside at Communion services for quinceñeras, preach, handle administrative work for the parishes and undertake other duties assigned by pastors, Fr. Silva said. “They will have plenty to do.”

The last class of deacons for the diocese was ordained in 2010. Those 21 men are now assigned at parishes throughout the diocese. The new class will have about the same number; candidates must be Catholics in good standing, between the ages of 36 and 61 (although the bishop can grant exceptions to the age limits), be fluent in Spanish and conversant in English, and be either a United States citizen or legal resident. If married, the candidate must have his wife’s support.

“The wives need to be supportive and understanding,” because their husbands will be devoting a great deal of time not only to the twice-monthly classes, but also to parish ministry and social ministry, said Deacon Drew Petersen, director of the diocese’s diaconate formation program.

Candidates for the program must have their pastor’s approval and preferably already be active in their parish.

“We’re pretty much looking for the leaders of the community; people who are already exercising some type of leadership in the community,” Fr. Eleazar said. “They need to have the support of their pastor, which means that the pastor already knows them and knows how committed they are to their faith.” 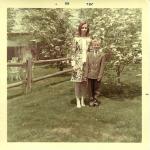 April 4, 2012
Homily for Holy Thursday: Mass of the Lord’s Supper
Next Post