Will Catholics decide this year’s election? 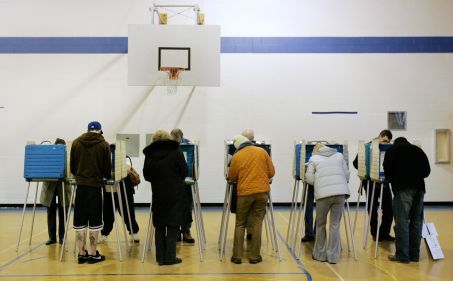 Ask ten people to name the most critical swing voting bloc in the 2012 presidential election and you’re likely to get at least five — and maybe ten — different answers.

But, new polling from Gallup suggests that it’s Catholics who could well be the best bellwether of whether President Obama or former Massachusetts governor Mitt Romney will be elected president this November.

It’s not just this presidential election where the Catholic vote serves as a leading indicator of the national vote.

In the five presidential races prior to this one, the candidate who carried the Catholic vote won four of them. The lone exception was in 2000 when then Vice President Al Gore won the Catholic vote by two points (and the popular vote by .5 percent) but lost the presidency to then Texas Gov. George W. Bush.

(It’s not just presidential elections where Catholics have been a key swing bloc. In the 2006 midterms when Democrats made huge congressional gains, the party won Catholics by 11 points. In 2010, when Republicans re-took the House, Catholics voted for GOP candidates by 10 points.)

In each of the past five presidential elections, Catholics have comprised somewhere between 26 percent and 29 percent of the overall electorate. (Catholics were 27 percent of the electorate in both 2004 and 2008.)

As Gallup’s Frank Newport notes in a memo on the findings, Catholics have historically been a Democratic-leaning constituency — the party can thank John F. Kennedy for that one — but in recent decades have become more of a toss-up voting bloc.

May 3, 2012
Australian priest admits being secretly married for a year
Next Post

May 3, 2012 Incredible: this commercial was shot in just one take
Recent Comments
0 | Leave a Comment
"I think I would have been happier had the CDF handled the nuns the way ..."
Theodore Seeber Vatican challenges “interpretation” of cardinal’s remarks ..."
"Blaming "Islamics" for this is like blaming the Pope for the Holocaust Denial of Hutton ..."
Theodore Seeber One killed, 44 injured in Catholic ..."
"It smacks to me of hyper-sensitivity, a veiled spiritual and intellectual pride, with regards to ..."
J D Pope Francis: “A Christian who complains, ..."
"Oh, no, we never change our mind, and we always agree, even on points of ..."
Ron Chandonia Vatican challenges “interpretation” of cardinal’s remarks ..."
Browse Our Archives
Related posts from The Deacon's Bench