Details, from the Chicago Tribune:

Lynne Mapes-Riordan, of Evanston, hopes women will one day serve as Roman Catholic deacons. After 800 years, she could be one of the first. 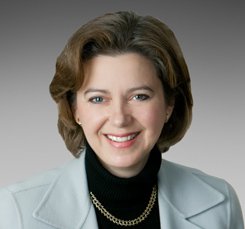 Growing up, she never gave ordination a second thought. But then she learned that, unlike the church’s verdict barring female priests, the question of female deacons has never been resolved.

That open question has led Mapes-Riordan, 49, and fellow parishioners at St. Nicholas Catholic Church in Evanston to seek an answer. If the church finds in favor of female deacons, she could become one of the first women ordained since the 12th century. After meeting last winter with members of the parish, including Mapes-Riordan, Chicago’s Cardinal Francis George reportedly promised to raise the question in Rome during his visit earlier this year.

Scholars say female deacons wouldn’t be a novel idea but the restoration of a tradition abandoned centuries ago.

The idea of female deacons “is being talked about very slowly,” George said earlier this year during a forum at the Union League Club in response to a question about the future likelihood of female priests. “The diaconate is a more open question. At this place, at this time, it is not a possibility.”

Mapes-Riordan, a lawyer, wife, mother of two and longtime parishioner at St. Nicholas, does not take a position on whether women should become priests. The church has made it clear that’s not permitted. Ordaining women as deacons is not the same, she said.

Read more.  And check out the sidebars, too, on deacons and women deacons.

August 20, 2012
When is a "Catholic" wedding not really Catholic?
Next Post

August 20, 2012 "Every major's terrible"
Browse Our Archives
Follow Us!