From CNN, an interesting glimpse at someone who could hold the future in her hands:

The economy is Topic A for many in this battleground state as the November 6 election nears. They want to hear the presidential candidates answer the question: How will they get America working again? Voters here also care about poverty and social justice, core issues for Ohio’s large Catholic population. 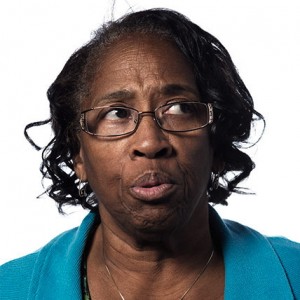 [Mary] Roberts straddles several demographic categories the campaigns want to win over: She is a practicing Catholic — and since 1972, no president has won office without taking the nation’s Catholic vote. She is over 65 — and seniors vote with greater regularity than any other age group. She is African-American — and while African-Americans came out in record numbers to vote for Barack Obama in the last election, some experts question whether they will turn out again in the numbers the president needs to win.

Roberts has always been an Independent. She says she votes the person, not the party.

She has stopped watching her cherished TV shows “Jeopardy!” and “Dancing with the Stars” until after the election because there are just too many negative campaign commercials. “And now they’re even calling me on my cell phone,” she says. “They called my home phone so much, my voicemail was full, and no one else could reach me.”

Calls and ads from the campaigns won’t persuade her. What will help her make up her mind is seeing the candidates in person. She attends both parties’ rallies. Body language is revealing, she says. A candidate’s sincerity counts.

The moderate views of Republican hopeful Mitt Romney resonate with her. She thinks his business experience could better guide the economy. But lately, she has seen ads saying Romney’s company, Bain Capital, sent jobs overseas. “That makes me nervous.”

She says she’s also bothered by the way conservatives often talk about the poor: as if they deserve to be just that. She doesn’t buy the assertion that the government should stay out of people’s lives, at least financially. Or that unfettered competition between corporations will allow Americans who work hard enough to share in this country’s riches.

The lives of her broad inner circle prove otherwise, she says.

Roberts voted for Obama in 2008. She admired his fearless rhetoric about change. Today, she’s torn. She says his actions haven’t been bold enough.

“I hurt because I’m on the fence about him, just hurt.” 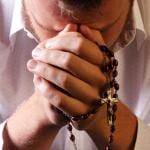 October 10, 2012
For the month of the rosary, let your fingers do the praying
Next Post