The future of the New Evangelization? Look East 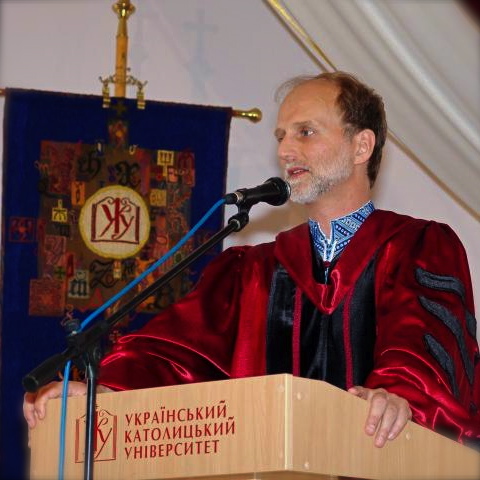 That, in effect, is the message of John Allen of the National Catholic Reporter, writing from Ukraine:

Back in 1974, music writer John Landau achieved immortality after attending a set in the Harvard Square Theatre by a then-obscure act out of New Jersey, and declaring: “I have seen the future of rock and roll, and its name is Bruce Springsteen.”

In a similar vein, let me say here and now: “I have seen the future of the new evangelization, and its name is the Ukrainian Catholic University.”

If the place eventually becomes known as “the Boss” of Catholic evangelism, remember you heard it here first.

Located in Lviv in western Ukraine, the university is part of the revival of the Greek Catholic Church after the fall of the Soviet empire, when it was the largest illegal religious body in the world. The biggest of the 22 Eastern churches in communion with Rome, it has more than 3 million followers in Ukraine and around 5.5 million worldwide.

Its bold aim is nothing less than to “rethink” what a Catholic university can be in the 21st century.

I was at the university over the weekend for a speaking gig, and on Saturday, I sat down with Bishop Borys Gudziak, the rector and driving force. (Gudziak, 51, was recently named Apostolic Exarch of France, but he’ll continue to play a role here.)

The rector has some fascinating and challenging things to say:

“When times are difficult, you’re stripped down and forced to look at the essentials,” he said. “You fall back on the basic Christian experiences of being together, supporting one another, praying together and being community … overcoming the negation of the Gospel without any pretense or imposition.”

Gudziak believes that style is a “tangible presence” in Greek Catholicism, and not only because of the martyrs and the gulags.

“Our relationship of clergy to laity is also conditioned by the fact that our priests are married to lay women, and they have lay children at home,” he said.

This combination of factors, Gudziak suggested, allows the university to be a place where a church that prizes humility, closeness to the people, and taking the lay role seriously becomes self-reflective.

As for the trust deficit, the response has been even more innovative. To help people learn to take off their masks, the university turned to the insights of Henri Nouwen, Jean Vanier, and the L’Arche movement, inviting mentally handicapped people to become part of their community. (Gudziak studied under Nouwen at Harvard.)

At the Ukrainian Catholic University, the mentally handicapped actually serve as “professors of human relations.”

“This is not some kind of handout,” Gudziak insists. “We need the gifts they have. They don’t care if you’re a rector, a doctor, or how rich you are. What they force us to confront is the most important pedagogical question of all: Can you love me?”

October 22, 2012 “He was a typical village priest…”
Browse Our Archives
get the latest from
Catholic
Sign up for our newsletter
POPULAR AT PATHEOS Catholic
1

When a Good Catholic Girl Goes Bad
I was so skinny as a teenager that the pediatrician started...
view all Catholic blogs
Copyright 2008-2020, Patheos. All rights reserved.