Israeli government plans to build military base on Mount of Olives 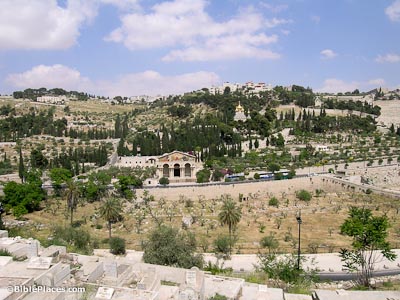 Christian, Jewish, Muslim and secular commentators have condemned plans by the Israeli government to build a military base on the Mount of Olives.

The area, which includes the site at which Jesus is believed to have been arrested, has sacred and historical significance in Christianity, Judaism and Islam. It is also in East Jerusalem, Palestinian land that is occupied by the Israeli army.

According to the Israeli Ministry of the Interior, the building will cover 42,000 square metres and house colleges for training Israeli soldiers. Israeli citizens have until mid-December to object to the plans, although momentum is building for an international campaign.

Israel’s Ministry of the Interior declared, “The site that was eventually chosen is the optimal one, in view of its proximity to the university on the one hand and the possibility to contribute to the life of the city on the other”.

But Hagit Ofran of the Israeli group Peace Now insisted, “The location, at one of the most sensitive and disputed areas in Jerusalem, is a little more than provocative”.

She added, “One can’t think of Mount of Olives as real estate. It is important for the three monotheistic religions.”

At the base of the Mount of Olives is the Garden of Gethsemane, where Jesus was arrested prior to his crucifixion by the Roman imperial authorities. According to Luke’s Gospel, the Mount of Olives was also the site of Jesus’ final meeting with his disciples before his ascent to heaven.

There has been a Jewish cemetery on the Mount for over 3,000 years. A number of Jews have chosen to be buried in it in the belief that the resurrection of the dead will begin there when the Messiah comes.

Within Islamic teaching, a thin bridge will connect the Mount of Olives and the Haram A-Sharif (the Dome of the Rock mosque) at the end of days.

Ofran said, “On top of all this holiness, the Mount of Olives is under dispute between us and the Palestinians, and we will have to solve this dispute only through an agreement. Bringing the military academy to this spot is quite insensitive and if I may add, not so smart, of our government.”

December 4, 2012 Dissent of the day: "The permanent diaconate is not a primary vocation..."
Browse Our Archives
Related posts from The Deacon's Bench