Fr. Jay Finelli of the Diocese of Providence stumbled on yesterday’s post and recounted on his blog his own experience with adding an altar rail at his parish:

I have received a few complaints and even one family choose to leave the parish. Isn’t it funny that people are tolerant of those who would do something that goes against Liturgical law, but not of those who would rightly request their option to receive by the Church’s long held normative practice of receiving kneeling and on the tongue. However, with time, I have seen more who choose to receive both kneeling and on the tongue.

Read it all.  There’s some very good background on the history of communion reception, along with pictures of the renovation.  Before and after, below. 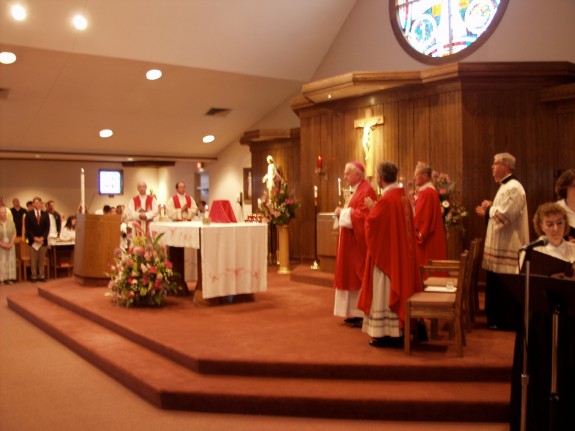 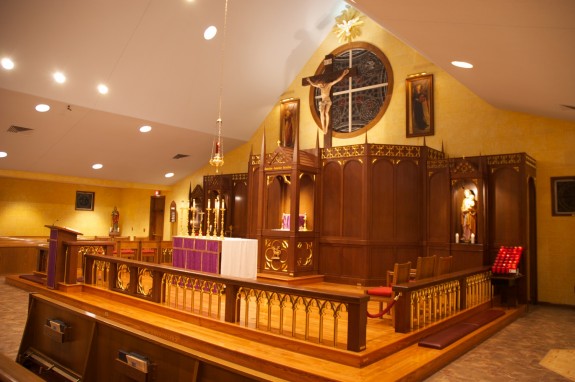 January 15, 2013
Deja vu: the Atlantic, Scientology, and a classic letter by E.B. White
Next Post