Would the US State Department consider “monitoring” the election of a pope?

Would the US State Department consider “monitoring” the election of a pope? March 19, 2013 Deacon Greg Kandra 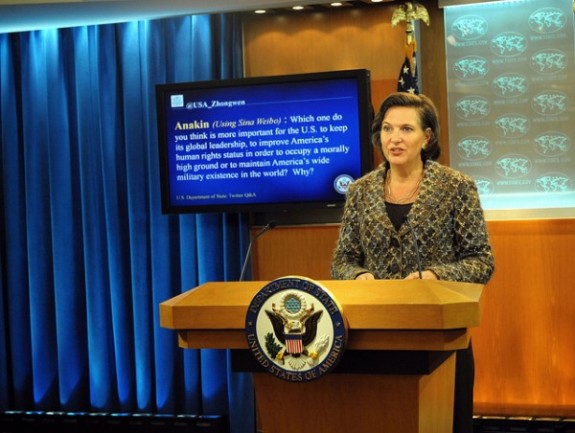 Check out this snippet from last Friday’s daily briefing with reporters. The briefer is Victoria Nuland.

I think they were kidding.  But these days, it’s hard to tell.

MS. NULAND: What about the Vatican?

QUESTION: Well, do you regard it as a free and fair exercise in electing a leader of a country?

It’s interesting to us that since this is a European state, we have never had a request for ODIHR [Office for Democratic Institutions and Human Rights] monitoring of the election, ODIHR being the election-monitoring entity in the European space. So, obviously, were that to come forward, we would take it very seriously.

QUESTION: So, wait, who requests that?

QUESTION: So if – (laughter) – such a request was made, would – the Vatican would have to open up its voting process for that kind of state?

MS. NULAND: If such a request were made for ODIHR monitoring of the voting, then the Vatican would have to consider whether it would open itself to ODIHR monitors.

MS. NULAND: And as I said yesterday —

MS. NULAND: — we would – if you wanted to be a monitor, we could see if we could arrange it, Matt. (Laughter.)

QUESTION: That would be great. I would love to spend a week or two in Rome.

QUESTION: Can women be monitors?

QUESTION: Can women be monitors?

MS. NULAND: In the Vatican City context, I don’t know. We’d have to work on that. Jill, do you want to monitor?

QUESTION: So this just brings me —

MS. NULAND: Jill’s volunteering, too. We could have a whole roomful of monitors.

QUESTION: Is it then correct that the U.S. does not take a position on whether the election of the Pope was free and fair and transparent?

MS. NULAND: As I said yesterday —

QUESTION: Without universal suffrage, without —

MS. NULAND: As I said yesterday, we don’t have any reason to question the process.

Thank you very much.

March 19, 2013
Pope greets Jesuit superior general: "He insisted I treat him like any other Jesuit"
Next Post

March 20, 2013 As seminarian, Jorge Bergoglio struggled with celibacy
Browse Our Archives
get the latest from
Catholic
Sign up for our newsletter
POPULAR AT PATHEOS Catholic
1