Judge rules that deacon’s company will not have to provide contraception coverage April 3, 2013 Deacon Greg Kandra

Greg Hall is safe from government fines – for now. 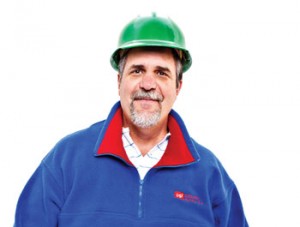 The Catholic deacon who owns American Manufacturing Company in St. Joseph has received a preliminary injunction protecting him from provisions in the Affordable Care Act.

The injunction was issued Tuesday in the 8th Circuit of the federal district courts by U.S. District Court Judge John R. Tunheim.

In short, he won’t have to start providing insurance that covers contraception, sterilization or abortifacient drugs to his employees.

“He was conflicted with owning a company that would provide the types of insurance that he finds morally offensive and objectionable,” said attorney Thomas Mathews.

In working with its current insurance company, Medica, American Manufacturing was able to cut the birth control coverage from an existing group health insurance plan.

Now, it awaits a decision on two other preliminary injunctions in the 8th Circuit of federal district courts.

Deacon Greg Hall dropped me an e-mail about this yesterday:

We were issued the very first preliminary injunction against the mandate in the State of Minnesota. Also, by the tremendous effort of my legal team we were able to convince (again for the first time) one of the major insurance carriers to accept the injunction and provide my employees with medical insurance devoid of the “women’s preventative services”; praise the Lord!

The reason for emailing you is that I have undertaken this suit not only for my own personal company (although that was a big factor) but so that other faithful Catholic business owners would see that we can’t sit by and just accept what is being mandated. I am hopeful that you might be able to use your particular forum to spread the news if you think it worthwhile.

Stay tuned.  This could get interesting.

For context, check out this posting from February.

April 3, 2013 Historic: First U.S. teen with Down syndrome reaches Mt. Everest base camp
Browse Our Archives
get the latest from
Catholic
Sign up for our newsletter
POPULAR AT PATHEOS Catholic
1

We Are Called To Join Ourselves To The...
Already and not yet – the eschaton is already with us, the...
view all Catholic blogs
Copyright 2008-2021, Patheos. All rights reserved.