TV’s “The Bible” headed to movie screens this fall 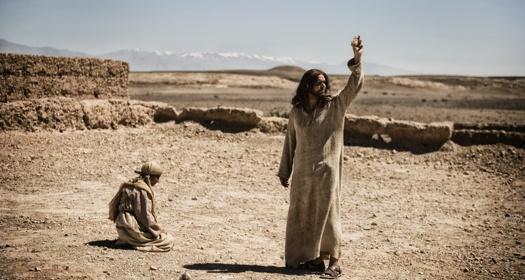 The visionary producer Mark Burnett has had another vision: dollar signs.

Jesus is heading back to the big screen.

TV producer Mark Burnett revealed Monday that he is preparing a three-hour movie version of his hit History Channel mini-series, “The Bible.”

The film will contain “recut scenes and extra stuff” from the record breaking television event and could be released as early as this fall.

“Clearly the big focus is the Resurrection,” Burnett told The Post.

“Very few people have ever done anything beyond the crucifixion. No one has ever seen Pentecost before. And the Ascension. And the following trial of Peter and John.”

Burnett and wife Roma Downey — who act as co-executive producers — have no studio lined up yet, but may choose to release the film independently.

“We’ve had many, many offers from theaters globally,” he said.

Pachamama, Black Lives Matter and the Spirit of...
Earlier this year, the Catholic community had endured the excitement of the...
view all Catholic blogs
Copyright 2008-2020, Patheos. All rights reserved.