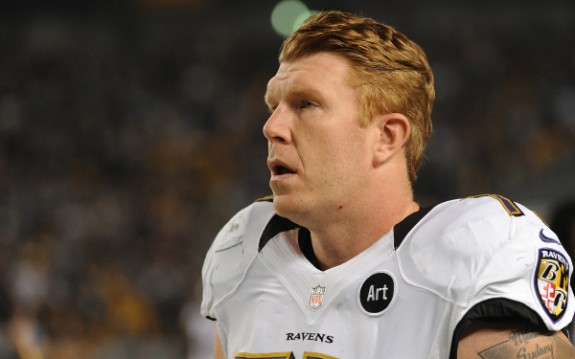 Retired Ravens center Matt Birk spoke out Thursday morning on Minnesota’s KFAN about his reason for declining an invitation from President Barack Obama to be at the White House during the team’s visit a day earlier.

Birk, a six-time Pro Bowler who was on the Ravens’ 2013 Super Bowl team, said he has “great respect for the office of the Presidency” but decided against going with the team on Wednesday as part of an annual NFL tradition for Super Bowl winners. Birk said he based his decision on a comment the president recently made in which he applauded Planned Parenthood, a leading health care provider of reproductive and sexual health:

“I wasn’t there. I would say this, I would say that I have great respect for the office of the Presidency but about five or six weeks ago, our president made a comment in a speech and he said, ‘God bless Planned Parenthood’…Planned Parenthood performs about 330,000 abortions a year. I am Catholic, I am active in the Pro-Life movement and I just felt like I couldn’t deal with that. I couldn’t endorse that in any way…I’m very confused by [the President’s] statement. For God to bless a place where they’re ending 330,000 lives a year? I just chose not to attend.”

UPDATE: Terry Mattingly, over at Get Religion, has some analysis of the coverage this story received — or didn’t.

June 6, 2013
Joe Marotta on the Sacred Heart
Next Post