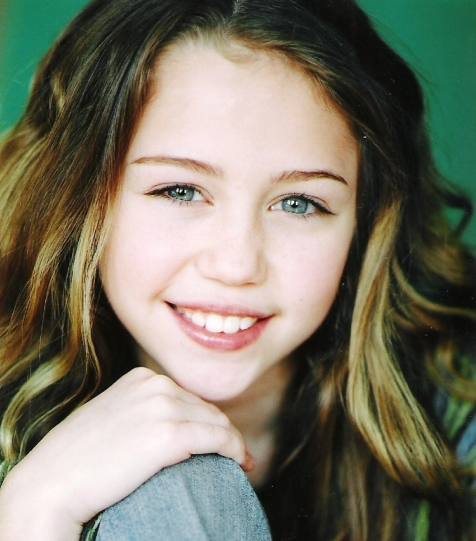 I’m sure by now you’ve had your fill of the shock, outrage, apoplexy, hysteria and hilarity that have ensued following your headline-making appearance on MTV the other night. How does it feel to be a cultural icon for all that’s wrong with western civilization?

I imagine your manager has sent you flowers and congratulatory notes.  “Any publicity is good publicity, kiddo.”  You are probably enthralled with the new reality that now awaits you: you have joined a pantheon that includes Madonna, Cher, Brittany and Liza, where no last name is necessary. The world knows you only by Miley. You have arrived.

Enjoy this moment while you can. Because, as another one-name wonder once put it, “Tomorrow is another day.”

One morning, not so very long from now, you will awaken from your slumber.  Someone will be taking care of your kids for you.  Their father isn’t around—where is he? Belize? Tanzania?—and their grandfather is on his fifth world comeback tour and there was someplace you had to be that morning, where was it?  Paramount?  To talk about that reality show?  Or is that tomorrow?  You will make a mental note to check your iPhone calendar.

You’ll fumble out of bed and take a quick look in the mirror. Things aren’t where they used to be, but that’s why God made Spandex. And as you shuffle into the shower and turn on the water, you’ll close your eyes and for a moment you will think back to that night when the world loved you and everything seemed possible and your body had never looked better and the crowd just couldn’t stop screaming your name.

And so, in that moment of triumph, you simulated sex on television with a styrofoam finger and a man you barely knew, with giant teddy bears watching.

And you will think, in a moment of early morning clarity, with the shampoo puddling at your feet: “God, I was an idiot.”

It may make you wince. Mistakes were made. But, unfortunately, television is forever. And that clip will replay again and again.  And you’ll feel, just for a moment, a twinge of shame, maybe even remorse and something resembling regret. You will have to live with that. Your kids will have to live with that. Even your grandkids.  Someday, that could be the first line in your obituary: “Miley Cyrus, who shocked millions of television viewers with a raunchy musical performance on MTV back in 2013…”  You’ll shrug. And you’ll sigh. Some legacy. What was I thinking?

Once, Madonna was interviewed by Charlie Rose and he asked her if she had any regrets.  No, she replied, without skipping a beat. “None at all?” he said, incredulous. “None at all,” she repeated.  “Charlie, my mistakes made me who I am today. So no, I don’t regret anything.”

Maybe the last 48 hours will be a lesson for you, Miley, and your misadventure Sunday will be remembered as a brief and disastrous mistake from which you will ultimately rebound. Maybe it will help make you someone you are yet to become. Maybe you won’t regret it, but will remember it, and learn from it. Let’s hope so.

You’re young. You have a lot ahead of you. If you’re smart, and a little bit lucky, you don’t need to let this define you.

I hope that’s the case.

Because the alternative—that this is the pinnacle of your career—is too sad to consider.

P.S. Here are some others who are writing about this…

August 27, 2013 First look: the new deacons of Joliet
Browse Our Archives
Follow Us!

The Person and a Balthasarian Thought about Who...
Who am I? It’s a question addressed in parlor games, odd moments...
view all Catholic blogs
Copyright 2008-2020, Patheos. All rights reserved.