“There is a growing tendency to ‘tabloidism’ in the Catholic press…and the worrying phenomenon of blogs” September 14, 2013 Deacon Greg Kandra 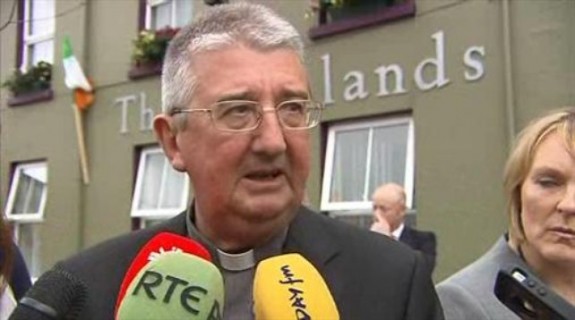 Some of the remarks from Most Rev. Diarmuid Martin, Archbishop of Dublin, on the New Evangelization:

We do not need a conformist Church.  We need a Church of mature and authentic common commitment and concern for the spreading of the Gospel.  That Gospel is perennially new and must always be presented in ways that are new, but we are not called to reinvent the fundamentals of faith. The Gospel is Good News and must always be presented with the enthusiasm which is the inevitable characteristic of those who believe that they are the bearers of good news.  The Gospel of Jesus is never alien to the world of any time.  What is important is that we understand the real Gospel and never allow ourselves to impose on ourselves or others aspects and rules which really have nothing to do with the Gospel.  The Gospel must free from that self-centredness which paradoxically impedes us from being fully ourselves.

“Catholic journalism” – and we could argue for many an hour about what that term might fully mean – is not conformism but it must also be able to capture in its writing and in its style the real identity of the Church.  Speaking to journalists in the days after his election Pope Francis noted: “Ecclesial events are certainly no more intricate than political or economic events! But they do have one particular underlying feature: they follow a pattern which does not readily correspond to the “worldly” categories which we are accustomed to use, and so it is not easy to interpret and communicate them to a wider and more varied public. The Church is certainly a human and historical institution with all that that entails, yet her nature is not essentially political but spiritual: the Church is the People of God, the Holy People of God making its way to encounter Jesus Christ. Only from this perspective can a satisfactory account be given of the Church’s life and activity”.

The Catholic journalist and the Catholic press as a body must therefore establish for itself a specific deontology of expression which respects independence, but also fosters an authentic expression of what the Church is.  This requires a genuine ecclesial sense.  Pope Benedict summed this up in a speech of 2010 when he appealed to the Catholic press to “Continue to be papers for the people that seek to encourage authentic dialogue between the various members of society, training-grounds for comparison and loyal discussion between different opinions.  By so doing, while they carry out their important duty of informing, Catholic newspapers carry out at the same time an indispensable formative role, promoting a gospel understanding of the complex reality as well as educating critical and Christian consciences.”

The same theme was taken up by Archbishop Claudio Maria Celli, President of the Pontifical Council for Social Communications, speaking to the celebrations of the outstanding United States Catholic Newspaper Our Sunday Visitor:  “The Church has many unloving critics; critics who seem at times keen to reveal the negative aspects of the Church in order to wound it. The Church is not well served either by those who might be described as uncritical lovers; people who, often out of a misplaced sense of loyalty, try to deny the existence of tensions and problems in a manner that ultimately may damage the credibility of the Church. The Church needs a media that is not afraid to expose mistakes and failures, but whose motive is to challenge the community of believers to continue on the path of conversion, so that the Church will be more fully what it is called by Christ to be – a community that witnesses credibly in word and deed to the love of God for all humanity.  The Catholic media will not be credible if it does not confront sins, abuse, weaknesses and failings within our community but it would be less than objective and fair if it did not also point to events and happenings that point to the abiding presence of the Spirit.”

The Catholic journalist and the Catholic newspaper must be professional and live up to the highest professional standards of the broader profession to which they belong.  This requires balance in reporting and the normal professional standards about verifying sources.  Accuracy is more important than the exclusive ‘scoop’ which may often be unfounded.  There is a growing tendency to “tabloidism” in sectors of the Catholic press and there is a growing and worrying phenomenon of blogs, which are not just partial and sectarian but at times very far away from the charity with which the truth should be expressed.

September 14, 2013 At the cross, her station keeping: reflections on the Queen of Martyrs
Browse Our Archives
get the latest from
Catholic
Sign up for our newsletter
POPULAR AT PATHEOS Catholic
1