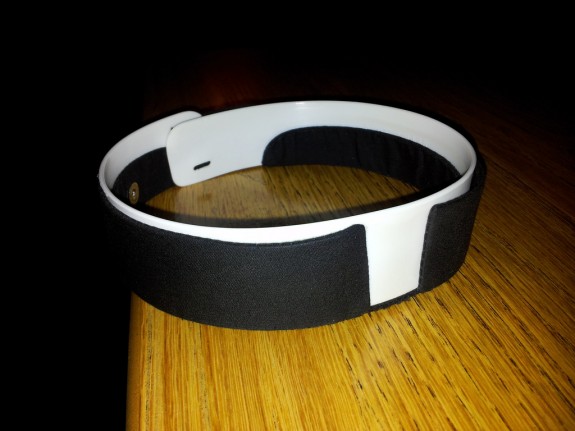 Last week, I posted Fr. Michael Duffy’s response to “Lead Us Not Into Clericalism,” by Fr. Dan Horan in the current issue of America.

Now, another reaction comes from Fr. John Trigilio, a familiar face to regular EWTN viewers, but also the president of the Confraternity of Catholic Clergy.   He offers a different perspective on the issue, which he posted on his Facebook page, and which I reprint here with his permission:

Father Horan, OFM, is correct that clericalism is a vice, which ought to be repudiated by every pope, bishop, priest, deacon and consecrated religious. Problem is that it is unfair, unjust and inaccurate to portray clericalism as merely an indulgence of conservatives or traditionalists. I have been ordained twenty-five years and spent twelve years in seminary beforehand. Even went to high school seminary (hence, I am called a ‘lifer’). As a pastor of two parishes for more than eleven years and a parochial vicar for fourteen years in several assignments as a diocesan priest (secular clergy) and as president of a national association of 500+ priests and deacons (Confraternity of Catholic Clergy), my experience has been that all too often it is the so-called liberal and progressive priests who behave and act in such a way as to personify clericalism.

Clericalism is also nepotism. Not the kind where relatives are promoted but where ideologues and those who are philosophically and theologically ‘brothers’ take care of one another. When sycophants are rewarded with papal knighthood and are made monsignors for being blindly loyal to their Ordinary, that is clericalism. It is a cheap shot to attack a priest for his personal taste in vestments. What really counts is whether or nor Father preaches and teaches orthodox Catholic doctrine; does he celebrate a reverent Mass; is he living a chaste, honest, and virtuous life on the altar and off? Wearing lace is NON-SEQUITUR. BEHAVING properly is what matters.

During my seminary career, I saw the effects of BAD THEOLOGY combined with BAD LITURGY. Both supported one another like two deadly poisons. The two then produced an even more diabolical by product, BAD MORALITY. Whether a priest likes the Latin Mass or the Vernacular, Ordinary or Extraordinary, lace or plain albs, roman or contemporary chasubles, et al., the crucial question is not does he wear a cassock or does he allow others to call him by his first name (with no title)? DE GUSTIBUS NON DISPUTANDUM EST, St. Thomas Aquinas said so well long ago. Real clericalism is not about attire or language, birettas or baseball caps. It is about sound doctrine, reverent worship and holy, virtuous living. I have seen priests on both sides of the fence (conservative/liberal or traditional/progressive) treat laity with disdain and contempt. It is not an issue rooted in liturgical garb.

I have seen or heard of priests and deacons ignored, ostracized, marginalized, passed over for promotion, humiliated and publicly vilified merely because they were considered ‘too conservative’ or ‘too traditional’ Sometimes they call us “JP2 groupies” or “Benny worshippers” just because we do not disobey papal authority or because we do not fit the mold of Charlie Curran, Hans Kung or Richard McBrien. The faithful want clergy to treat them as adults, not as ignorant children. Yet, often I get emails about pastors who deny infallible doctrines in their homilies but when asked by a parishioner act as if the layperson were in kindergarden. It is clericalism to disguise heterodoxy and irreverence as valid options while simultaneously insulting and disparaging a layperson’s fondness for devotions or forcing parishioners to get GPS in order to find the Tabernacle since they removed them from sanctuaries and now hide them out of view lest any spontaneous latria might occur.

What a priest wears and how he is called is his personal preference, taste and opinion. Options are just that, not meant to be mandatory nor prohibited. Yet, wear purple or worse, black, vestments at a funeral, and some of the CLERGY (not the laity) label you rad-trad, Lefebvre-ite, arch-conservative, et al. What the people want are holy priests, virtuous and moral priests, obedient and loyal priests. They also want priests who respect them and who do not insult their intelligence. If a parishioner is Charismatic, in Cursillo or a member of Opus Dei, my job as parish priest and pastor is to provide them with valid sacraments, reverent worship, orthodox teaching with compassion and mercy. Making fun of someone’s Marian devotion is not catechesis, it is modern clericalism. Chancery workers, ecclesiastical bureaucrats and other middle management types who happen to also be ordained ministers, just treat your brother clergy and the lay faithful with RESPECT. Keep an eye and ear on those clergy who might be breaking their vows and possibly causing further scandal instead of persecuting and demonizing your colleagues who have a legitimate difference of opinion and who demonstrate a different style or taste. Remember, Pope Benedict XVI said it best when he said Catholicism is the religion of BOTH/AND not EITHER/OR. There is room for both Ordinary Form and Extraordinary Form, Latin and Vernacular, ad orientem & versus populum, Roman vestments and modern ones, lace albs and plain albs, etc. Don’t be hung up on externals, the People of God are NOT. No one is bothered by my biretta but if I am not behaving or acting as a priest should and ought to do, then the folks have every right to complain and seek a remedy. Meanwhile, please do not impute motives or agendas onto Pope Francis. His style and preference may not be identical to his immediate predecessor but both B16 and F1 are true shepherds and brothers in more ways than one. Basta cosi.

A footnote: I think this gives more evidence, if any were needed, that clericalism isn’t a matter of personal politics or affectation or taste. It’s more than that. It defies limits or labels. It’s rooted in the ego, and foolish human pride. And it extends beyond the ordained.

“We priests tend to clericalize the laity. [We] focus on things of the clergy, more specifically, the sanctuary, rather than bringing the Gospel to the world… A Church that limits herself to administering parish work experiences what someone in prison does: physical and mental atrophy.

“We infect lay people with our own disease. And some begin to believe the fundamental service God asks of them is to become greeters, lectors or extraordinary ministers of holy communion at Church. Rather, [the call is] to live and spread the faith in their families, workplaces, schools, neighborhoods and beyond.”

The reform that’s needed is “neither to clericalize nor ask to be clericalized. The layperson is a layperson. He has to live as a layperson… to be a leaven of the love of God in society itself…. [He] is to create and sow hope, to proclaim the faith, not from a pulpit but from his everyday life. And like all of us, the layperson is called to carry his daily cross—the cross of the layperson, not of the priest.”

We are all susceptible, and we all fall prey to the temptation to think we’re more special than everyone else because of how we dress or what we do.

Pope Francis reminds us: that’s not what Being Church is supposed to be about.

Clericalism, finally, gets in the way of evangelization. It has nothing to do with spreading the gospel.

The most powerful witness to that remains a half-naked bleeding man nailed to a piece of wood, yet forgiving the ones who did it to him.

UPDATE: Also weighing in on this is my blog neighbor Father Dwight Longenecker:

Instead of blaming the clergy completely let’s lay some of the blame for clericalism at the feet of the laity. Why is there no criticism of the often infantile relationship between the laity and their priests? Too often the laity fall into two extremes in their relationship with the clergy–both of them immature.

Check his blog for his explanation.

UPDATE II: Fr. Trigilio has posted the above on a blog, and added a significant NB regarding deacons:

I have been reminded by some of my deacon brothers that another form of clericalism is the insistence by some clergy, namely priests and bishops, that permanent deacons are somehow not clergy. Holy Orders confers one as a cleric (Canon 266). There is no such thing as a ‘lay’ deacon. That is an oxymoron. All deacons, priests and bishops are clergy. Some deacons are transitional, some permanent. Permanent deacons may be married but only prior to being ordained. That being said, it makes sense to have clergy wear clerical attire of some sort when doing ecclesiastical work or when engaged in the apostolate. Some deacons are accused of being clerical, however, simply because they want to witness to their vocation as ordained ministers. When working in their secular occupations or when off duty with their family and friends, it makes sense that these men dress appropriately but all the more so when they are doing the work of Church. The rare case of some permanent deacon mowing his lawn wearing a Roman Collar has been used ad nauseam to poo-pooh permanent deacons from wearing any sort of clerical attire for any reason. The abuse does not negate the proper use, however. When a prisoner or a hospital patient ask to see the chaplain, if they see a man in shirt and tie, they do not recognize an ordained cleric. Seeing a deacon in some form of collar, be it black or gray, assures them this man is a CATHOLIC CLERIC. And if the person requests confession or anointing, guess what? The deacon then calls for the priest. My priesthood is not threatened nor encroached by the diaconate. I have two wonderful permanent deacons in my parish and our Confraternity has many deacons as members, not to mention two Board Members. Clericalism tries to clericalize the laity and laicize the clergy. It is a caricature and a distortion of what should and ought to be.