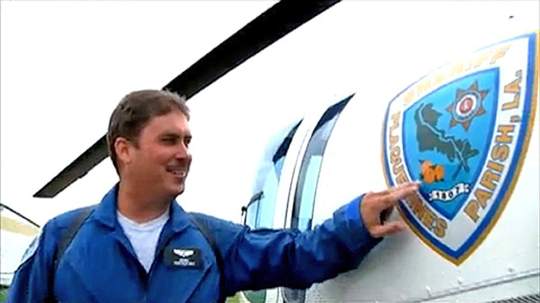 A pilot killed this week when his helicopter crashed into the Gulf of Mexico was a former pilot for the Plaquemines Parish Sheriff’s Office, remembered for his devotion to faith and family.

Patrick Becnel, 47, died Wednesday at West Jefferson Medical Center after the Bell B206 he was piloting went into the water about 30 miles northeast of Venice. The crash happened immediately after taking off from an oil platform about 7:25 a.m.

A preliminary autopsy found that Becnel, who was working as a charter pilot for Panther Helicopters of Belle Chasse, drowned after he suffered multiple blunt-force injuries in the crash, said Mark Bone, the Jefferson Parish coroner’s chief investigator.

Two of the helicopter’s three passengers, whose shifts offshore had just ended, were injured. They worked for Wood Group PSN, a Houston-based energy company.

Becnel, of Jesuit Bend, was a helicopter pilot for the Plaquemines Parish Sheriff’s Office for eight years.

Now a private pilot, he also was a citrus farmer, president of the Jefferson Parish Farm Bureau and a deacon at St. Patrick Catholic Church.

From his online obituary (with a big diaconal bow to my brother  and blogging deacon Mike Talbot):

He was a member of the Knights of Columbus. He was selected as one of the youngest candidates by Archbishop Alfred Hughes for the Deaconate Formation Program at Notre Dame Seminary. He received the sacrament of Holy Orders and was ordained in 2006 and lovingly served at St. Patrick’s Church in Port Sulphur, LA. Patrick was employed by Plaquemines Parish Sheriff’s Office for 8 years. He successfully established a prison farm, was chaplain for the inmates at the parish prison, and was Chief helicopter pilot for the Sheriff’s Office.

Pray for him and his family today.

October 14, 2013
"All too often it is the so-called liberal priests...who personify clericalism"—UPDATED
Next Post

October 14, 2013 Chaplain sues for right to say Mass at military base
Browse Our Archives
get the latest from
Catholic
Sign up for our newsletter
POPULAR AT PATHEOS Catholic
1