Called back: an ex-Mouseketeer’s journey from Paganism back to Christianity

Called back: an ex-Mouseketeer’s journey from Paganism back to Christianity November 23, 2013 Deacon Greg Kandra

They’re an august alumni association, the Mouseketeers of “The All New Mickey Mouse Club,” which ran from 1989 to 1996 on the Disney Channel. Britney Spears and Justin Timberlake top the charts. Keri Russell was Felicity. Christina Aguilera stars with CeeLo Green on “The Voice.” Ryan Gosling starred with his own abs in “Crazy Stupid Love.” 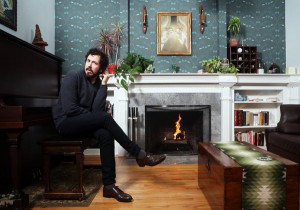 But Teo Bishop, while keeping up a career in pop music, accomplished something less predictable and altogether curiouser. Beginning about three years ago, he began a rise to prominence in the Pagan community. Then, last month, he shocked the Pagan community by re-embracing Christianity.

“I’m overwhelmed with thoughts of Jesus,” Mr. Bishop wrote on Oct. 13, on his blog, Bishop in the Grove. “Jesus and God and Christianity and the Lord’s Prayer and compassion and forgiveness and hope. … I don’t know what to do with all of this.”

For American Pagans, Mr. Bishop’s defecting to a big, bad mainstream religion is bigger news than winning a Grammy, bigger than shooting a Vanity Fair cover. If you’re a Druid, a Wiccan or any of the nature-religion followers grouped under the label Pagan, you’re not talking about Britney, JT or Xtina. You’re talking Teo Bishop.

But for you Disney fans, we’ll take a step back. The Mouseketeer you knew from 1991 to 1995 went by his given name, Matt Morris. He was a clean-cut Episcopalian from Denver. After the show ended, he worked as a songwriter, his compositions recorded by big names like Ms. Aguilera, Mr. Timberlake and Kelly Clarkson.

In 2010, Mr. Bishop — we’ll get to the name change in a moment — released his own album on Mr. Timberlake’s record label. As Matt Morris, he performed on “Late Show With David Letterman” and on Ellen DeGeneres’s show, where Mr. Timberlake joined him for a duet.

But away from network TV, he was developing a second identity. For several years, ever since his husband had suggested that he explore Druidry, Mr. Bishop had begun quietly to learn about that neo-Celtic tradition. He joined the Order of Bards, Ovates and Druids, a British order. In 2009, using the pen name Teo Bishop, he began blogging about his new spirituality, and in late 2010, he kicked off what became his main site, Bishop in the Grove.

Read on to learn the rest of his journey—and the three little words that lured him back.

November 24, 2013 The story of Black Jack, JFK's riderless horse
Browse Our Archives
get the latest from
Catholic
Sign up for our newsletter
POPULAR AT PATHEOS Catholic
1