Details from CBS in Sacramento:

Catholic Church leaders say a phony priest has been making the rounds in Northern California, going into people’s homes, celebrating mass and possibly asking for money. 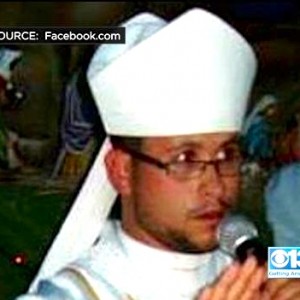 The Sacramento Diocese says Javier Posada is pretending to be someone he’s not—a Roman Catholic priest or bishop. He invites himself into homes of the faithful under false pretenses and celebrates mass.

The Diocese believes he’s focusing on the Spanish-speaking community and has been in Vallejo, Gridley, and possibly the Sacramento area.

“My experience is a lot of people in the Mexican-American and in the Latino communities is, they’re very welcoming, and they enjoy being around their priest, and it’s like he’s taking advantage of their generosity,” said Kevin Eckery with the Diocese.

Pretending to be a priest is concerning enough, but there are worries he’s asking people for money.

The Diocese has reports of parishioners funding Posada’s trips to Florida for an event.

So, if he’s not a Catholic priest, just who is Javier Posada?

“The last thing we need is some confidence man out there pretending to be a priest,” Eckery said.

February 1, 2014
Army seeking new recruits to be chaplains
Next Post 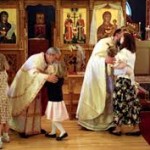 February 2, 2014 A kiss from the East: offering the "sign of peace" in the Divine Liturgy
Browse Our Archives
get the latest from
Catholic
Sign up for our newsletter
POPULAR AT PATHEOS Catholic
1