What’s it like being married to a Catholic priest? 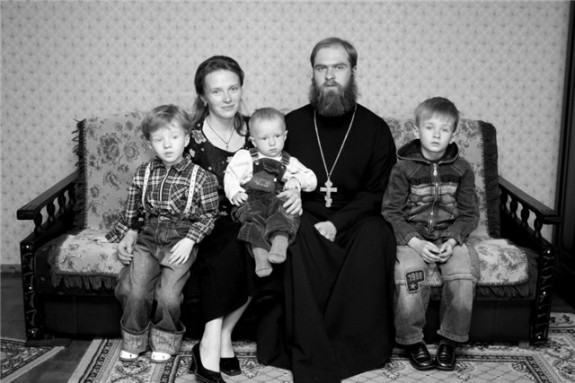 With this item from Pope Francis making news, the usual debates about priestly celibacy are again taking place.

Here’s a point of view you don’t often hear, though, from the wife of a Byzantine Catholic priest. While her experience may not be universal, it offers a lot of food for thought. She lists a number of warnings for women who are considering marrying a seminarian.

2. He will be considered a second-class priest. Even in the east, celibacy and monasticism is considered higher and for the ‘kingdom.’ Have you ever wondered why non-monks in the Roman-rite are called ‘secular’ priests? Prepare yourself for the day that the Roman-rite prayer group potluck waits as long as possible for Fr Celibate to arrive to bless the food. Fr Husband can bless the food if the other does not show. Married priests are just too ‘down to earth’ for some believers. Look to the cross and take joy in forced humility. Everyone needs this once in a while.

3. You will be hurt by ‘church-people.’ And most likely, you will end up hurting parishioners as well. We are sinners. We all make mistakes. Hopefully, it is misunderstandings that cause hurt unintentionally, but occasionally you will have to brace yourself for a bit of evil in the church setting.

4. Your children will be hurt as well. This is one place where my ‘mama-bear’ can manifest. I try and help my children tolerate the foibles of some (for example, an older parishioner with strong opinions on how things are done), but I can’t sit and let them get hurt by the occasional person who really wants to cause pain.

5. People will accuse you of being in the way of your husband’s priesthood. It happens very rarely, but please be prepared. Maybe some things would be easier if he were a free and easy single man, but there is the issue of vocation.You can respond to hurtful accusations by crying, walking away, smiling and waving or shouting (not a good idea). There will be a day when someone asks, maybe just out of curiosity, if your priest husband shares confession stories with you. I respond, “God forbid!” loudly.

For a similar take (referring to the cleric’s wife as “the shadow of the priest”) here’s an analysis from an Orthodox website:

When a woman marries a future priest, she is also marrying, in advance, his future parish and his priesthood. When he is ordained, his wife can often be relegated to a life of isolation, neglect, and ceaseless beady-eyed scrutiny.

Whether we call her “popadija,” “matushka,” or “presbytera,” the name itself tells part of the story. The priest’s wife becomes an extension of him. Women who thought this would be a symbol of status and honor are often mistaken. Frequently, it only makes them a target and the wife of a priest can often suffer more stress than her husband.

When the Alban Research Institute recently conducted a program on stress among clergymen, they found that the stress scores of their wives were often higher than those of the clergy themselves. A list of stress and “burnout” factors for clergy wives showed the following major problems:

2. Lack of support from a congregation, which usually sees the priest’s wife as a role model rather than an individual.

3. The assumption that when the bishop assigns a parish priest, his wife is also assigned and is somehow responsible to the parish.

4. The burden of running the church house on a shoestring budget under the often critical and uncompassionate eye of the congregation.

5. The financial hardship of raising children and running a household on a priest’s salary.

Underlying all the problems is the reality that a priest is married to the parish first and to his wife second.

May 27, 2014 In the e-mail: "The Charlotte Observer is contributing to a campaign against the Bishop and conservatives"
Browse Our Archives
Related posts from The Deacon's Bench

The Archetypes of Christ
“We did not follow cleverly devised myths when we made known to...
view all Catholic blogs
Copyright 2008-2021, Patheos. All rights reserved.