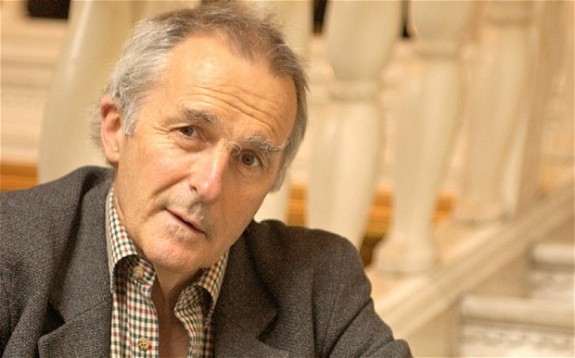 The world could see a resurgence of Christianity driven by population decline in sceptical countries, the geneticist Steve Jones has claimed.

He argued that rapid growth in Africa could spark a new resurgence of major religions like Christianity.

However in increasingly atheist countries in Europe people are no longer reproducing in sufficient numbers to avoid population decline, he told the Hay Literary Festival.

“Britain is the only country in Europe that’s replacing its population,” said Prof Jones.

“We atheists sometimes congratulate ourselves that the incidence of religious belief is going down.

“But religious people have more children. Where are people having the most children? It’s in the tropics and in Africa.

“It’s clearly the case that the future will involve an increase in religious populations and a decrease in scepticism.

“We may not need more scientists but more theologists.”

In his new book The Serpent’s Promise: The Bible Retold as Science, Prof Jones, who also writes for the Telegraph, studied the evolution of religion.

He believes that the great religions of the Middle East first developed when hunter-gatherers became farmers and began practicing crop fertility rites to improve the harvest.

Farming was invented in the Middle East about 10,500 years ago and spread rapidly. It reached Europe about 7500 years ago, and continued to expand westwards.

When God banished Adam and Eve from the garden of Eden in Genesis he told them: ‘In the sweat of thy face thou shalt eat bread.’

Prof Jones claims the story is symbolic of the moment when humans settled into farming communities for the first time.

“We see a time of social and biological change and the rise of the great religions.

“It seems pretty clear that religion began at exactly the time when communities were beginning to farm.”

May 27, 2014
Michigan bishop warns Catholics not to take part in attempted ordination of woman next weekend
Next Post

May 27, 2014 What's it like being married to a Catholic priest?
Browse Our Archives
Related posts from The Deacon's Bench