A nun writes from Iraq: “We entered the fourth week of displacement…there is nothing promising at all”

A nun writes from Iraq: “We entered the fourth week of displacement…there is nothing promising at all” September 3, 2014 Deacon Greg Kandra 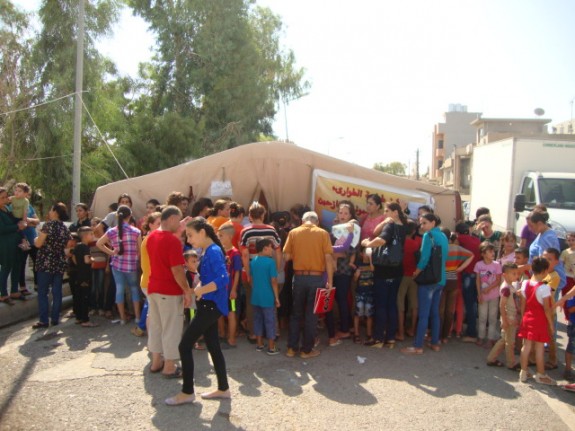 From the CNEWA blog One-to-One:

From Iraq, we received a heart-breaking letter from Sister Maria Hanna, superior general of the Dominican Sisters of St. Catherine of Siena, an Iraqi community of women religious with whom we collaborate closely.

“We entered the fourth week of displacement. Yet, there is nothing promising at all,” she writes of the displacement of more than a hundred thousand Christian refugees from their homes in the Nineveh Plain of northern Iraq. The Kurds, she writes, allowed the displaced “to enter their province,” but Sister Maria points out, “the church [had to] take full responsibility of us all.

“Yet, the number of refugees was so large that the Kurdish government had to face the stark reality and open their schools to provide additional shelter for refugees.

“We hear a lot about world governments and organizations sending financial aid to Iraq,” she continues, “but the refugee gets the least — we do not know or understand why.

“People lost almost everything,” she continues. “They cannot even afford to buy milk or formula for their children. What saddens us most is that, only one month ago, these people were the most educated in the country and among those most likely to build a life for themselves and their family, and now they do not have enough money in their pockets to survive the day. Christians became accustomed to investing their money in businesses, shops, fields, buildings, etc., [in order] to build their communities. Leaving their towns meant leaving everything they had been working for all their lives.

“Yet, amidst losing everything, accepting their lost dignity, is the most difficult loss they may experience.

“Some have found shelter in tents, others in schools, still others in church halls and gardens. They wait to be fed, or given food to cook; elderly are not being taken care of properly; children are living in unhealthy conditions; families have lost their privacy; women are exposed in these places; men have no jobs in a culture where a man is expected to support his families.

“Refusing to live without dignity, more and more people think of emigrating. Whoever owns a car or gold, sells them to buy a plane ticket out of the country. Needless to say, the buyers in Kurdistan are taking advantage and do not take into consideration the devastation these refugees face.

“Christians in Iraq are known for their faithfulness and peaceful way of living among others. They do not believe in violence or in war as a way to solve problems. Now, they feel that they are victims because other religions and political parties are dividing the country on the account of the innocent.”

And visit this link to learn how you can support Iraqi Christians under siege.

September 3, 2014
Down syndrome teen hopes to serve Mass in every state
Next Post

September 3, 2014 "The birth of Jesus from the womb of Mary is the prelude to the rebirth of every Christian in the womb of the church"
Browse Our Archives
get the latest from
Catholic
Sign up for our newsletter
POPULAR AT PATHEOS Catholic
1 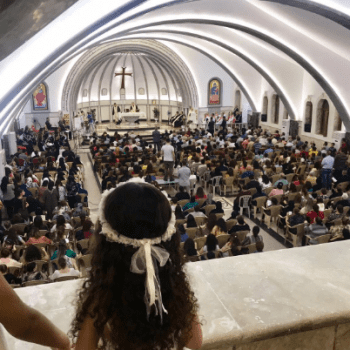 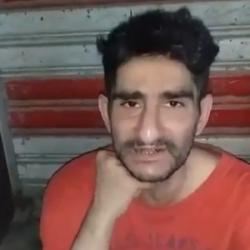 Catholic
'This guy should have been protected': Detroit Chaldean...
The Deacon's Bench 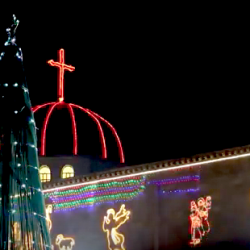