Was Jesus more like Jon Stewart? Those parables may not be what you thought

Was Jesus more like Jon Stewart? Those parables may not be what you thought September 8, 2014 Deacon Greg Kandra

From The Boston Globe comes this intriguing interview with Amy-Jill Levine, a New Testament scholar whose new book “Short Stories by Jesus” offers a view of the parables you might not expect.

IDEAS: A theme of this book is that the parables should not be seen as platitudes.

LEVINE: Parables have often been domesticated. They’re taught to people as children, so they’re interpreted as children’s stories, or they become so familiar that everybody becomes bored with them, or we determine that we already know what they mean and we can move on to something more important. What I want to do is get back the provocation of the parable—get back the edginess, get back the challenge, which makes the parables more interesting, and I think it makes Jesus more profound.

IDEAS: To get at the discomfort these might have held for their listeners, you compare the Good Samaritan to “the Good Rapist” or “the Good Osama Bin Laden.”

LEVINE: The parable of the good Samaritan is usually understood to be a parable about how we should look at those who are discriminated against or socially marginalized and say they’re nice people, too. Which may be a very good lesson—but it’s somewhat of a platitude. When we look at who the Samaritans were in the first century, we begin to see not a minority against whom discrimination is practiced, but indeed the enemy…

…IDEAS: What does the book say to us about Jesus?

LEVINE: The parables reveal Jesus to be not only a figure of enormous wisdom but a great spinner of stories, a man with a terrific sense of humor, a man who probably better than most understands what people actually need to hear and can deliver what they need to hear in a way that challenges them to hear it.

IDEAS: I don’t think people think of Jesus as having a sense of humor. What’s your favorite Jesus funny story?

LEVINE: [laughs] There are a number of them. I like the part in the parable of the Rich Man and Lazarus where the rich man, though burning in hell, has not quite realized that Lazarus is not at his beck and call. I like the beginning of the parable of the Pearl of Great Price, which starts out “the kingdom of heaven is like a merchant….” The kingdom of heaven is like someone who sells you something you don’t need at a price you can’t afford.

IDEAS: What would be a modern-day parallel to the parable?

LEVINE: Something like “The Daily Show.” When I hear Jon Stewart talk about politicians whom I actually like doing things that make me distressed, I’m called to account. I’m challenged, I’m sometimes indicted. Although I’m not sure Jon Stewart would appreciate the comparison to Jesus.

September 8, 2014
A sister writes from Iraq: "The sisters and priests are a sign of hope among the people"
Next Post

September 8, 2014 Philadelphia unveils official icon and prayer for 2015 World Meeting of Families
Browse Our Archives
get the latest from
Catholic
Sign up for our newsletter
POPULAR AT PATHEOS Catholic
1 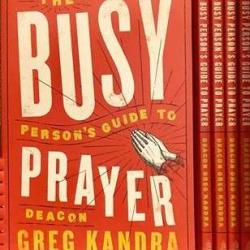 Catholic
'A Busy Person's Guide to Prayer' is Now...
The Deacon's Bench 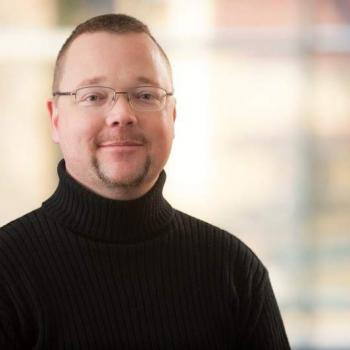 Catholic
'If Nothing Changes, the Church Is Going to...
The Deacon's Bench
TRENDING AT PATHEOS Catholic