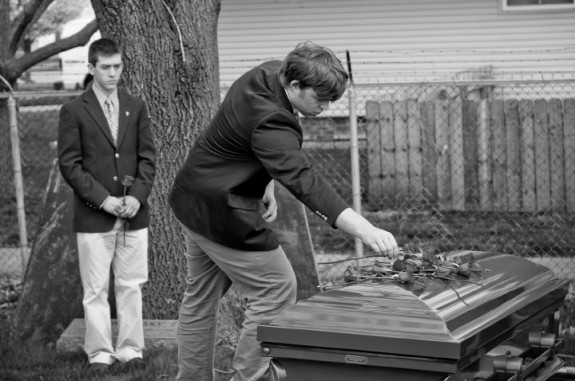 Many of you may remember something Msgr. Funaro used to say when he was celebrating Mass at this altar. During the Eucharistic Prayer, he always made a point of praying for those in purgatory—and he never failed to ask us to pray for those who had no one else to pray for them.

I cannot think of All Souls Day, the feast we mark today, without thinking of that. Because that, in essence, is what we are called upon to do this day: to pray for all the souls in purgatory—those we know and those we don’t.

We remember those who are often forgotten.

Last week, I read about a man who did that again and again, a teacher from Ohio named Jim Skerl. He taught religion at St. Ignatius, an all-boys high school in Cleveland. He was something of a legend in Cleveland, and certainly in the school. Charismatic, energetic, and deeply spiritual. He introduced the boys to a variety of important ministries, including outreach to the homeless and the mentally disabled. Above all, he wanted to teach them the value of service.

In 2002, he established a group called the St. Joseph of Arimathea Pallbearer Society, named for the friend of Jesus we heard mentioned in today’s gospel, the man who provided him with a tomb. Jim’s idea was very simple: to recruit the upper classmen from St. Ignatius to serve as pallbearers for those who died without any friends or family.

They would be there to remember those who are often forgotten. 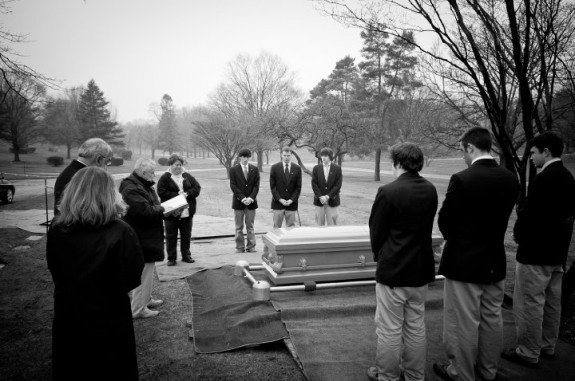 Over the years this group grew from a handful into a small army. At last count, the school had 300 teenagers involved, serving as pallbearers for strangers—offering their time and their presence as an act of mercy, an act of charity, an act of faith.

Over 14 years, Jim Skerl’s young pallbearers have accompanied more than 1,200 souls on their final journey.

Yesterday, they turned out to accompany Jim Skerl.

Jim died last week after a battle with pancreatic cancer. He was 58. Saturday, they held his funeral at the Church of the Gesu in University Heights, Ohio. It was standing room only—priests, deacons, bishops, students, former students, friends and family, scores of people whose lives were touched by his spirit and his generosity.

But the greatest number of standees were the young men of the Arimathea Society. Every one of the 300 members was there, lining the walls of the church, wearing the uniform they wore to every funeral: blue blazers and khakis. They stood in silent tribute,  to offer one more Mass, one more remembrance. They needed to be there for one more soul—a man who, to many of them, was the most important one of all.

My friend Fr. Tom Weber gave the homily—a beautiful and heartfelt testament to a life well-lived. Preparing his remarks, Fr. Tom had asked some of the students to complete this sentence: “Mr. Skerl is…” One boy concluded with “…the main reason I believe there is a God.” You see, Jim Skerl’s spirituality was something profound—and profoundly self-less. It was directed entirely toward the service of others. Fr. Tom mentioned a poster in the school carrying a quote from Jim: “An Ignatius education,” it said, “does not exist to make you better than everyone else. It exists to make you better FOR everyone else.”

Jim Skerl lived that way, and died that way. Fr. Tom told me Jim spent his last weeks at home, in a borrowed hospital bed, praying not for himself but for all those who had occupied that bed before him.

Even then, in his final hours, he lived the lesson he imparted to so many others.

He remembered those who are often forgotten.

And that, quite simply, is what All Souls Day is about.

We join our hearts today in prayer for all who have died neglected or overlooked—the very people the Arimathea Society was formed to serve: the old, the lonely, the homeless, the abandoned, the poor.

Remembering them, we can’t forget that Jesus was one of them. He had no place to be born, and no place to be buried. When he died, most of his friends had fled. How many others are there like that today?

This afternoon, we pray for them — and for all souls. And we hope and pray that one day others will also remember and pray for us, too.

During this time of year, as the nights lengthen and the trees become bare and the days grow cold, we are reminded of our own mortality, our own humanity. But we are also uplifted by this promise: in time, there will be spring. By the grace of God, we pray that one day we will we warmed by the light of his face. Our hearts hold fast to that hope. “Hope does not disappoint,” Paul wrote to the Romans.

As we commemorate the faithful departed, please pray for Jim Skerl and all those who love him. Pray, too, for the countless souls, all the souls, who yearn to see the face of God.

Pray for those who have no one else to pray for them. We stand with them just as the young men in the Arimathea Society stand with them—in prayer, in solidarity and in hope.

This Sunday, remember those who are often forgotten.

May their souls, and the souls of all the faithful departed, through the mercy of God rest in peace. 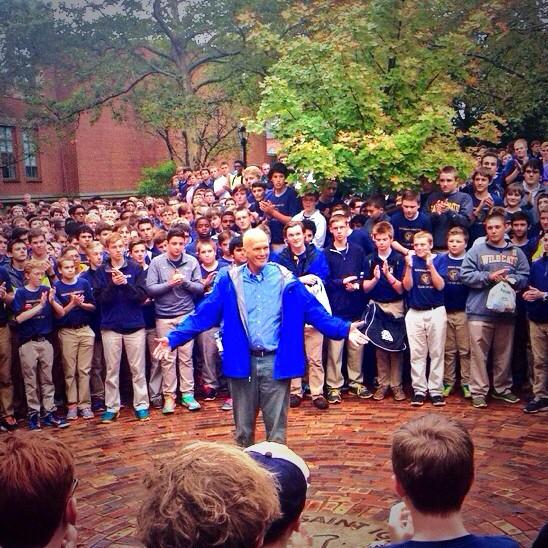 November 1, 2014
Get in line with the communion of saints: John Nava's stunning vision in Los Angeles
Next Post

November 2, 2014 Cardinal to lead requiem Mass for reinterment of Richard III
Browse Our Archives
get the latest from
Catholic
Sign up for our newsletter
POPULAR AT PATHEOS Catholic
1

Field Notes on Dealing with COVID and Similar...
COVID and chronic illness themed miscellany for this week: Revolving Door of...
view all Catholic blogs
Copyright 2008-2021, Patheos. All rights reserved.