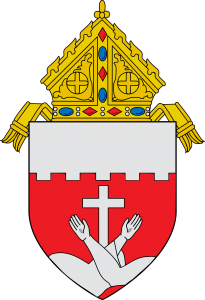 Archbishop Salvatore J. Cordileone is creating a new Office of Catholic Identity Assessment for Catholic high schools starting Jan. 1 – an initiative that may be the first in the country.

The office will be led by Melanie Morey, who has spent the 20 years since she received her doctorate in education from Harvard writing, teaching, and working to more effectively address issues related to Catholic institutional life, culture, and identity. For the past 3½ years she served as provost at St. Patrick’s Seminary & University where she has led three separate accreditation self-studies and visits.

“How do we create an excellent Catholic culture in our time? In our archdiocese?” asked Morey. “Right now, the archbishop wants to focus on the high schools,” said Morey. “They are a tremendously important set of institutions in the life of the church. They are educating the future of the church: young men and women who are coming to know better what being Catholic means and what it means for their own lives.”

Certainly Catholic high schools in the Archdiocese of San Francisco are committed to being Catholic and trying to find ways to support and sustain their unique Catholic identity, Morey said. Being able to do that over time however, requires that the schools get better at measuring Catholic identity and managing it, a process that can be summed up in one word – assessment.

To learn what exactly that means, check out the rest at the link.

December 15, 2014
The pope offers a prayer tool: your hand
Next Post

December 15, 2014 "The war on Christmas is over. Jesus won."
Browse Our Archives
get the latest from
Catholic
Sign up for our newsletter
POPULAR AT PATHEOS Catholic
1