The Archdiocese of Santa Fe has placed new emphasis on reaching out to Pueblo communities, continuing evangelization efforts while upholding a traditional Indian way of life that is unique to New Mexico. 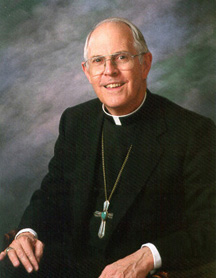 “We are renewing our connection with the pueblos,” Archbishop Michael J. Sheehan told visitors with the Bureau of Catholic Indian Missions during a late October meeting.

“The Catholic Church has a place of prominence in the pueblo communities,” said the archbishop. “But we also need the people of the pueblos to know and feel their connection to the larger church.”

Sixteen of New Mexico’s 19 pueblos are within the Santa Fe Archdiocese. The other three are in the Diocese of Gallup.

Historically, pueblo missions have been served by Franciscan priests, but the diminishing number of friars has left much of the pastoral responsibility to the archdiocese.

The council completed its initial task — creating guidelines for visiting and ministering in the pueblos. The archbishop said it was a first step in acknowledging and reminding people of the special nature of the pueblos.

The newly published guide notes that “Pueblo parishes are not like any other parish community.” It says, “Please be aware and accept that native spirituality and Catholic faith walk hand in hand.”

December 30, 2014
When non-Catholics go up for communion
Next Post

December 31, 2014 Boom: number of Catholics throughout the world continues to grow
Browse Our Archives
get the latest from
Catholic
Sign up for our newsletter
POPULAR AT PATHEOS Catholic
1