Bishop plans to return sacraments of initiation to “their proper order”

Below is part of a letter issued last week by Bishop Larry Silva, from Honolulu:

I am writing this letter to invite you to take an active role by reading the articles regarding the plan to return the sacraments of initiation to their proper order in our diocese, that is: Baptism, Confirmation, and then First Holy Communion. A series of articles explaining the history of the sacraments of initiation, changes to the way children will prepare for these sacraments, and the importance of having comprehensive youth ministry programs in our parishes will be published in the next issues of our Hawaii Catholic Herald. Education plays a most important role in this process, so I invite you to be part of the process. The proposal to return the sacraments of initiation to their proper order has already been discussed with the Presbyteral Council and the Diocesan Pastoral Council. Both groups strongly favored the plan. 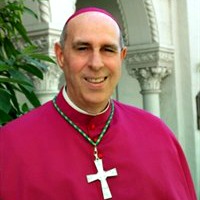 If one looks at the “Catechism of the Catholic Church,” one notes that the first three sacraments are covered in the proper theological order. Our baptismal covenant with God is sealed in Confirmation; the two sacraments go together like Easter and Pentecost. Received third, the Holy Eucharist is then seen as the summit of initiation. “The Holy Eucharist completes our Christian initiation” (“Catechism” 1322).

Over the course of history in the Western (Latin) Church, great emphasis was placed on the importance of Baptism soon after birth, opening the door of salvation to our youngest members. Unfortunately, delays started occurring with the reception of Confirmation and First Holy Communion. Pope St. Pius X in 1910 addressed the problem of children receiving First Holy Communion at too late an age and directed that children be given Holy Communion at the age of reason, that is, about age 7. This resulted, however, in the sacraments being given out of order. Current practice is like counting 1, 3, 2.

Some may point out that we have been doing what we are doing for 100 years, so why change now? The reason is simple: What we are doing is not working very well. Confirmation is often experienced more as a graduation from the Church than as a free gift of God’s grace. Pope Francis acknowledged this: “There was this experience: the sacrament of Confirmation — what is this sacrament called? Confirmation? No! Its name has changed: the ‘sacrament of farewell.’ They do this and then they leave the Church. … Many young people move off after receiving Confirmation, the sacrament of farewell, of goodbye, as I said. It is an experience of failure, an experience that leaves emptiness and discourages us. Is this true or not?” (Sept. 22, 2013).

Read the full text and more.

There’s a detailed history of the sacrament of confirmation available at the Catholic Encyclopedia.

More recently, Archbishop Samuel Aquila gave a lecture on the subject in 2011:

It is important to retrace our steps along the path of historical development. We see the first references to the sacrament in the Acts of the Apostles when Peter and John pray that the Holy Spirit comes down upon the Samaritans. Though the Samaritans were baptized they had not yet received the Holy Spirit. As the early Church grew, the sacraments of baptism and confirmation were celebrated in one continuous rite of initiation leading up to the admission and reception of the Holy Eucharist. This is still the current practice in the Eastern Rites of the Church, where the faithful are fully initiated as infants.

After the fifth century, in the west with the principal of the bishop as the celebrant of confirmation, it became difficult for a bishop to travel to the parishes in his diocese to baptize and confirm all at once. Because of this, the separation between baptism, confirmation and the Eucharist grew. Infants were baptized and given communion by the priest and later the bishop would come to administer confirmation. Over time, the infant reception of communion ceased and confirmation received less attention.

Interesting to note is in France, during the mid-1700s, it was decided by a local ordinary that young people be confirmed only after they had received first Eucharist. This was a shift as it was not for the practical reason of the lack of the availability of the bishop but was rather based on adequate instruction. This spread to other dioceses in France. Rome, however, did not approve the practice and Leo XIII in 1897 called for the practice to end and the celebration of confirmation to be at the age of reason.

The displacement of confirmation within the order of Christian initiation was unintentionally begun in 1910 when Pope Pius X lowered the age of first communion to seven. He said nothing of confirmation in his letter, Quam Singulari, but his main concern was that the children have all the resources they need to live a rich spiritual life in order to carry out their mission as Christians in the modern world. Thus, the custom began of receiving First Communion as a 2nd grader and later receiving confirmation in middle or high school. This continues to be a recent practice in the life of the Church.

In the reforms of the Second Vatican Council, the Constitution on the Liturgy called for the rite of confirmation to be revised. Paul VI would clearly state in the Apostolic Constitution on the Sacrament of Confirmation that “The faithful are born anew by baptism, strengthened by the sacrament of confirmation, and finally are sustained by the food of eternal life in the Eucharist. By means of these sacraments of Christian initiation, they thus receive in increasing measure the treasures of divine life and advance towards the perfection of charity.” Hence we see the move towards the restoration of the order of the sacraments of initiation: baptism, confirmation and then Eucharist.

April 28, 2015
Faith in the center ring: how Ringling Brothers ministers to Catholics under the big top
Next Post 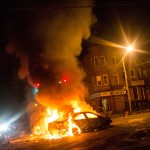 April 28, 2015 Prayers for Baltimore
Browse Our Archives
get the latest from
Catholic
Sign up for our newsletter
POPULAR AT PATHEOS Catholic
1