Catholic university moves statue of missionary after some complain it is racist—UPDATED May 28, 2015 Deacon Greg Kandra

Saint Louis University has removed a statue on its campus depicting a famous Jesuit missionary priest praying over American Indians after a cohort of students and faculty continued to complain the sculpture symbolized white supremacy, racism and colonialism.

The statue features famous Jesuit Missionary Pierre-Jean De Smet S.J. praying over two American Indians dressed in traditional clothing. Last Monday, just two days after graduation, it was removed from the location it has called home on campus for decades. 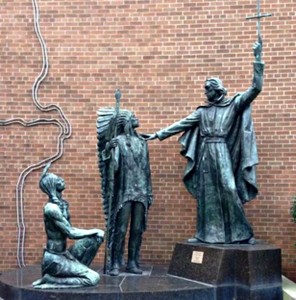 A university spokesperson told St. Louis Magazine the statue will be placed within the “historical context of a collection that’s on permanent display in our SLU Museum of Art.” The statue is set for the museum’s “Collection of the Western Jesuit Missions.”

“In more recent years, there have been some faculty and staff who have raised questions about whether the sculpture is culturally sensitive,” SLU spokesman Clayton Berry said.

Berry did not respond to The College Fix’s request for comment.

The De Smet statue has long drawn the ire of progressive students and scholars at the Jesuit university who argue the statue was a symbol of racism and white supremacy, among other oppressions.

The complaints that De Smet’s conversion efforts are an unsuitable topic for a statue are ironic on several levels. First, his conversion efforts and those of other Jesuits were quite successful; DeSmet successfully converted the Flathead Indians and thousands of others, and Christianity is still the largest religion among American Indians. In some ways, attacking the statue is similar to attacking one of the Irish being ministered to by Saint Patrick, as Patrick was also a foreign missionary.

Not only that, but De Smet was a trusted friend of the Indians who helped them negotiate with the U.S. government and who, in his writings, preserved a great deal of information about their culture and traditional way of life.

Photo via The Washington Times/Twitter 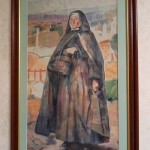 May 27, 2015
Visiting the Little Sisters in Queens
Next Post 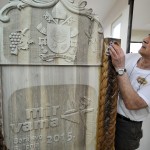 May 28, 2015 Catholics, Orthodox and Muslims preparing together for papal visit to Bosnia
Browse Our Archives
get the latest from
Catholic
Sign up for our newsletter
POPULAR AT PATHEOS Catholic
1