On Cardinal George: “The whole notion of him being this arch conservative is so wrong…”

On Cardinal George: “The whole notion of him being this arch conservative is so wrong…” May 12, 2015 Deacon Greg Kandra

The Anchoress has a guest blogger today, Sean Conolly, who describes a different man from the one so often depicted in the media (both Catholic and secular). In particular, as a bishop in the early 1990s, Francis George was actively engaged in helping establish a faith community that would be composed of both Catholics and Protestants.

In June of 1991 George attended a People of Praise prayer meeting in South Bend, Indiana, the community’s headquarters, where he also met with a small group of community leaders. During the meeting George expressed his admiration for the way that the Brotherhood paid all their expenses from a single checking account—living in common the way the first Christians had done. 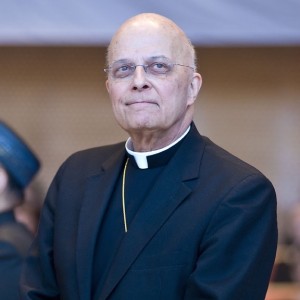 With George’s encouragement, DeCelles, Kibler and several others continued the slow and difficult work of crafting the constitutions and statutes that would establish the Brotherhood as a Private Association of the Faithful within the Catholic Church. Fr. William Woestman, a canon lawyer and Oblate whom George had recommended, also assisted them.

Kibler recalls sitting across a desk from George in 1996 while they read through a draft of the constitutions. George had been positive on the draft, but he expressed disapproval after reading the section which had described how the Brotherhood could have Catholic and Protestant members.

“He told me that I had to insert a sentence that said that the consciences of Protestants would be respected,” Kibler recalls.

In George’s view, the Church was changing. Protestants could be part of a canonically-established Catholic association, but they had to be assured that the Catholic members would not pressure them to convert. George recommended looking at the Declaration on Religious Freedom from Vatican II (Dignitatis Humanae, 2) for inspiration…

…Bishop Smith, who also knew George personally, said of him, “He was very open to new movements and the movement of the Holy Spirit within the Church. He was very forward- thinking while being firmly anchored in Church teaching. The whole notion of him being this arch conservative is so wrong. We are part of a lay ecclesial movement, with an ecumenical dimension, and he took a very positive position—the Holy Spirit is at work here, so we need to be open to the Spirit.”

There’s fascinating stuff here that may surprise people. Read on.

May 12, 2015 Archdiocese bans photographs during all religious services
Browse Our Archives
get the latest from
Catholic
Sign up for our newsletter
POPULAR AT PATHEOS Catholic
1