Meanwhile, over at the Episcopal Church …

Meanwhile, over at the Episcopal Church … July 26, 2015 Deacon Greg Kandra 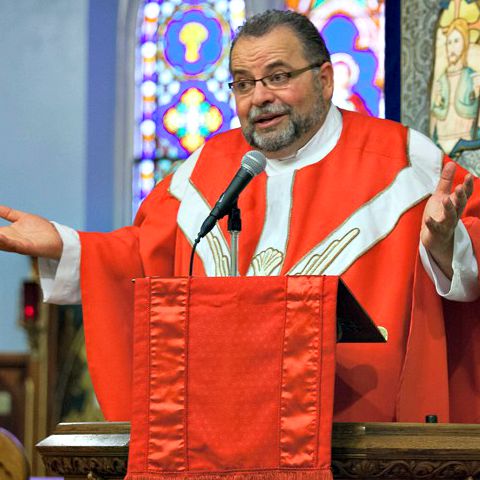 … they have their own headaches:

An Episcopal priest shocked his Queens congregation recently when he left his wife and married someone else — a much younger man.

The Rev. Juan Andres Quevedo-Bosch, 59, the archdeacon of Queens and rector of the Church of the Redeemer in Astoria, announced over Facebook last week that he got married in a Los Angeles church.

The Cuban-born prelate was pictured on a beach with the caption: “I’m in Miami Beach with my new husband. God is good.”

One churchgoer said many parishioners severed ties to the church after Quevedo-Bosch came out as gay at the pulpit a month ago.

“Most of the people aren’t coming anymore,” the elderly woman said. “Because he’s homosexual, people have stopped coming.”

But she said Quevedo-Bosch also has supporters among his flock at the church, which holds Spanish-language services for a largely Hispanic congregation.

They started a petition to urge him to stay when he publicly offered to resign, the woman said, adding that she signed the petition.

Quevedo-Bosch has not been seen at the church for the last month, she said.

Attendance has dwindled, she said, with many parishioners instead going to Mass at a satellite church a few blocks away.

The priest’s parish website—from which the above photograph was taken—notes:

July 26, 2015 Want to save souls? Try this.
Browse Our Archives
get the latest from
Catholic
Sign up for our newsletter
POPULAR AT PATHEOS Catholic
1

Abuse, the Rosary, and an Old-Fashioned...
Steel Magnificat
Books by This Author Books by Deacon Greg Kandra