Chris Matthews writes about growing up Catholic in Philadelphia 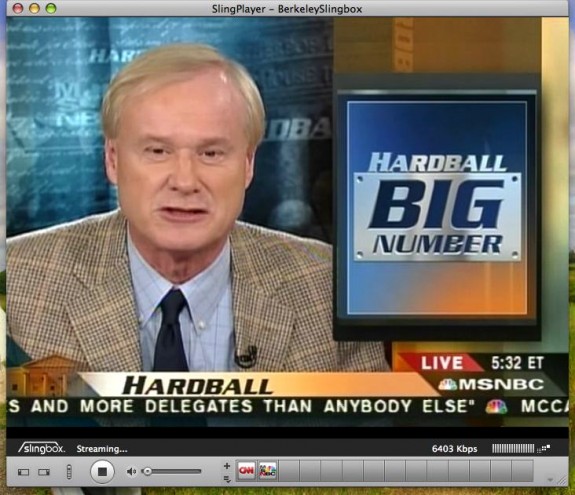 We lived in a totally Catholic world — Irish Catholic. Mass at St. Stephen’s was definite old-church. You dressed up. Everybody did, especially the adults. Grandpop always put on his three-piece gray suit. It was all in Latin, and the priest stood with his back to us just like it showed in those stages of the Mass in the missal. The altar boys rang the bells more often than they do now. And people came on time. I remember once when Grandpop took us and we were maybe five minutes late. When Mass was over, he sent me and my older brother Herb — we called him Bert back then — home, while he stayed for the entire next Mass. He was like that. It was like that back then.

Ours was a religious family, round-the-clock religious. There were crucifixes in Grandmom and Grandpop’s house, and framed devotions to the Sacred Heart on the dining room wall. Grandmom was always talking about a “novena” that was about to be celebrated. When she got upset at something, she had a standard response: “Jesus, Mary and Joseph!” was both her prayer and her sigh at having kids forever around. One of her daughters, Eleanor, had joined the Sisters of St. Joseph at a young age and was already teaching what we call “special education.” Today, at 92, Eleanor is at St. Joseph Villa in Flourtown. I pray she gets to read this.

Auntie Agnes would also become a nun, but in the years when we were just becoming aware of things, she was going to school up at Mount St. Joseph’s. Her bedroom was in the front of the house on 15th Street. It was the nicest room, catching the sun and filled with her girl stuff, her field hockey stick, her perfectly kept marble-backed copybooks. The room smelled of talcum powder or something else wonderfully girly. I once dreamt of being in that room with the Devil talking to me. I can’t remember what he was saying, only the slow, commanding, menacing voice. It didn’t seem like a dream, not then, not in memory. It seemed real.

Aunt Agnes was still a teenager back then and therefore the coolest possible person to hang out with. She would take us to movies down on Broad Street and to a malt shop afterward. Her decision to give up a scholarship to Chestnut Hill College so another girl could have it — one who wasn’t becoming a nun — is part of our family story.

As religious as she was, Grandmom was stricken when she learned that a second daughter was heading to the convent: “Wait till your father hears it!” But the funny thing was Grandpop’s acceptance: “Whatever makes you happy,” he told his youngest. Agnes would for many years chair the Chestnut Hill College English department.

As I said, at the rowhouse on 15th Street and in our world near Hunting Park, it was all about the Church. I remember the morning Cardinal Dougherty had his funeral. It was on television the whole morning. The year was 1951. I was five years old. What’s amazing is that the great man had been archbishop of Philadelphia since 1918. It was as if he’d always been the Church’s leader. The treatment by local TV was appropriately reverential. The Mass at Sts. Peter and Paul was like an event at the Vatican. Or it certainly seemed that way at Grandmom’s. 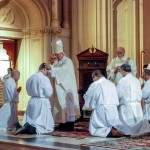 September 14, 2015 Ordination update: 5 new deacons for Stockton
Browse Our Archives
get the latest from
Catholic
Sign up for our newsletter
POPULAR AT PATHEOS Catholic
1

Never Again Another Auschwitz
January 27, 1945. Soviet soldiers, without looking for it, without knowing what...
view all Catholic blogs
Copyright 2008-2020, Patheos. All rights reserved.