From the Synod: Archbishop says Church should consider women deacons—UPDATED WITH VIDEO

This just in, from CNS:

Canadian Archbishop Paul-Andre Durocher of Gatineau, Quebec, said the synod should reflect on the possibility of allowing for female deacons as it seeks ways to open up more opportunities for women in church life. 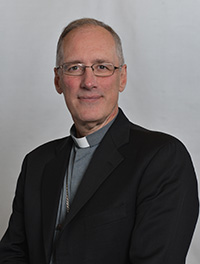 Where possible, qualified women should be given higher positions and decision-making authority within church structures and new opportunities in ministry, he told Catholic News Service Oct. 6.

Discussing a number of proposals he offered the synod fathers to think about, he said, “I think we should really start looking seriously at the possibility of ordaining women deacons because the diaconate in the church’s tradition has been defined as not being ordered toward priesthood but toward ministry.”

Currently, the Catholic Church permits only men to be ordained as deacons. Deacons can preach and preside at baptisms, funerals and weddings, but may not celebrate Mass or hear confessions.

…In his presentation the archbishop also noted that Pope Benedict XVI had talked about the question of new ministries for women in the church. “It’s a just question to ask. Shouldn’t we be opening up new venues for ministry of women in the church?” he said.

In addition to the possibility of allowing for women deacons, he said he also proposed that women be hired for “decision-making jobs” that could be opened to women in the Roman Curia, diocesan chanceries and large-scale church initiatives and events.

Another thing, he said, “would be to look at the possibility of allowing married couples — men and women, who have been properly trained and accompanied — to speak during Sunday homilies so that they can testify, give witness to the relationship between God’s word and their own marriage life and their own life as families.”

UPDATE: CNS has just posted a video of the conversation with the archbishop, below. 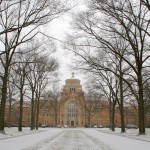 October 6, 2015
Conversion story: transforming a seminary into another kind of school
Next Post 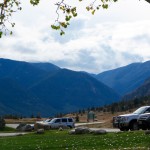 October 6, 2015 On the road: big sky, big mountains, big hearts
Browse Our Archives
get the latest from
Catholic
Sign up for our newsletter
POPULAR AT PATHEOS Catholic
1