From The Seattle Times:

Seattle University will remove the name of the late Archbishop Thomas Connolly from its athletics and recreation center because of his role in covering up for a known pedophile priest for years beginning in the 1960s, the university announced Friday.

The name change will take effect immediately, a spokesman for the university said Friday. The sports and recreation complex for the school, which is not directly affiliated with the Archdiocese of Seattle, has been named in honor of Connolly since 1969. The retired archbishop died in 1991.

The Jesuit university’s board of trustees approved removing Connolly’s name from its athletics complex on Thursday, and renaming it “Redhawk Center” after the school’s mascot, according to an announcement by the Rev. Stephen V. Sundborg, president of the university.

Sundborg said he pursued the name change after reviewing a March 2016 report in The Seattle Times that documented the former Rev. Michael Cody’s decades of child sexual abuse while he served as a priest in various Catholic parishes in Western Washington under Connolly, the archbishop for the Archdiocese of Seattle from 1950 to 1975.

Despite knowing Cody was a pedophile who posed grave dangers to children and others, Connolly’s response largely was to move him to unsuspecting parishes, letters and other internal Seattle Archdiocese records show. 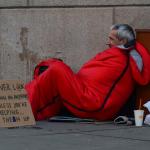 May 7, 2018
WATCH: The four-year old who is a superhero to the homeless of Alabama
Next Post 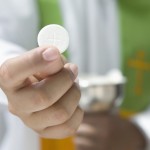 May 7, 2018 Interfaith communion among married couples is already here
Browse Our Archives
get the latest from
Catholic
Sign up for our newsletter
POPULAR AT PATHEOS Catholic
1